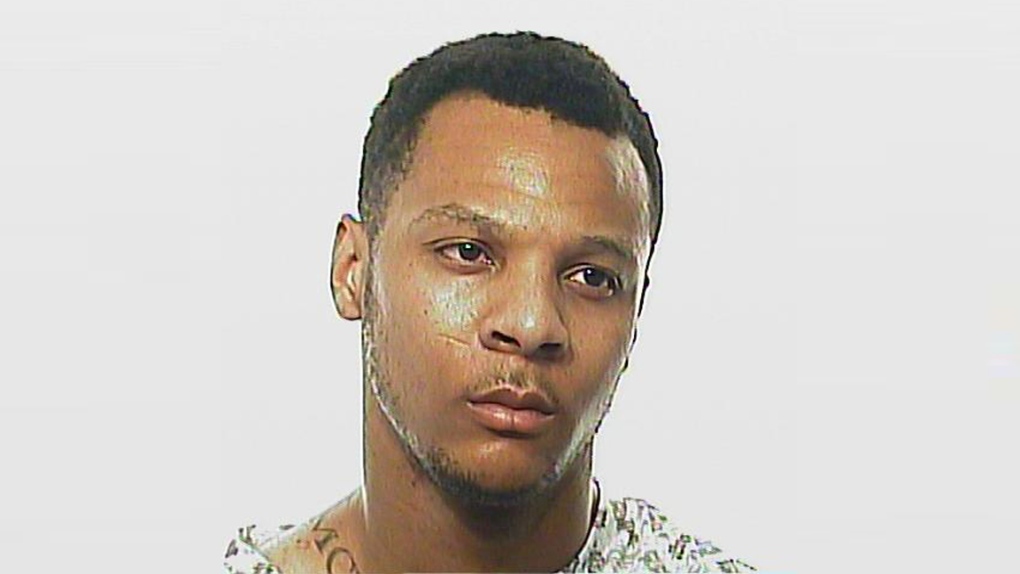 Justin Cox is shown in this police handout photo (Supplied)

Police have issued an arrest warrant for former Saskatchewan Roughrider Justin Cox on charges of assault.

Police say the charges are from an incident on Sept. 25. Officers were called to a home in east Regina for a report of a domestic assault. According to police, the victim knew their attacker. The Regina Police Service has been unable to locate Cox, the suspect in the incident, and have issued a warrant for his arrest.

Cox was released by the Riders after domestic assault charges in April of 2017. He was found not guilty of those charges in provincial court in May of 2017.

He was charged with assault again on Sept. 11, 2017 from two separate incidents police say occurred on the same day the month before.

Cox, 25, is described as an African-American male. He is 6’1” tall and weighs 190 pounds. He has short black hair and brown eyes.