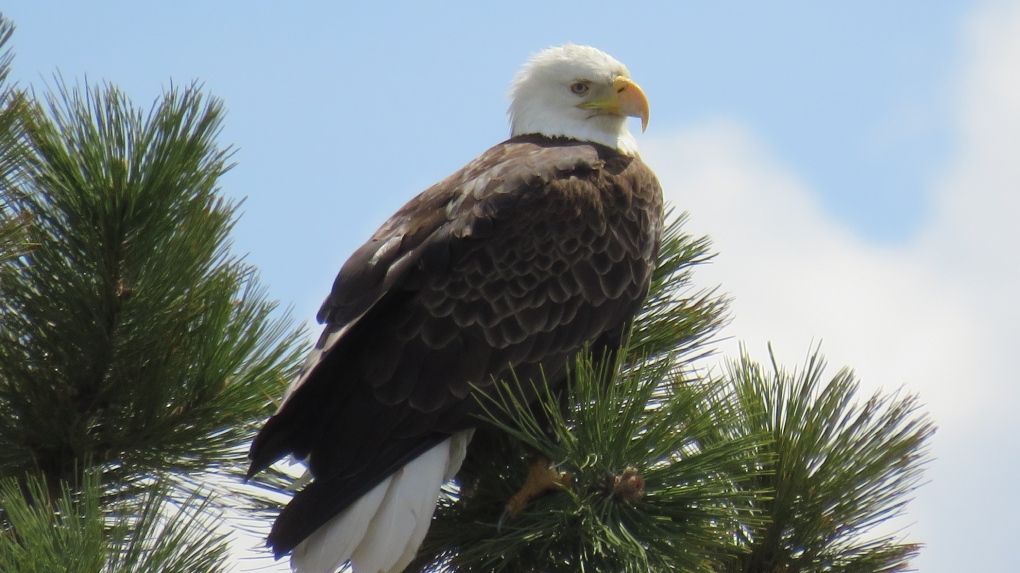 It’s not going to be every day a person spots a bald eagle flying over their head or sitting in a tree while going for a walk around Regina’s Wascana Lake, but according to a University of Regina Professor of Biology, it’s more common than many might think.

Dr. Mark Brigham said he’s seen both golden and bald eagles himself while out for walks around the lake in the winter time.

“It’s actually not what I would call rare,” he said. “Believe it or not, eagles are actually pretty common around Saskatchewan.”

The question about commonality was asked after pictures of a bald eagle spotted along Wascana Lake were sent to CTV News Regina.

Dr. Brigham said in southern Saskatchewan, golden eagles are more common than bald eagles, but added both are around the area.

“They [golden and bald eagles] can be hard to tell apart because when bald eagles are juveniles and for the first few years of their life, they do not have the white heads,” Brigham said.

Brigham said it’s possible the animals could be nesting in the region, but more than likely would be juveniles and not at that stage of life yet.

Although bald eagles are more common in the area than many think and are out hunting anything from fish to small rodents, Brigham said owners of small dogs and other pets that may be alone in the backyard, should not have to worry about the bird of prey hunting them.

“Because their [bald eagle’s] wingspan is so big they’re not really maneuverable. They need lots of space to do things and a backyard isn’t generally big enough for them to do that.”

Brigham said he would not call it impossible, but highly unlikely. 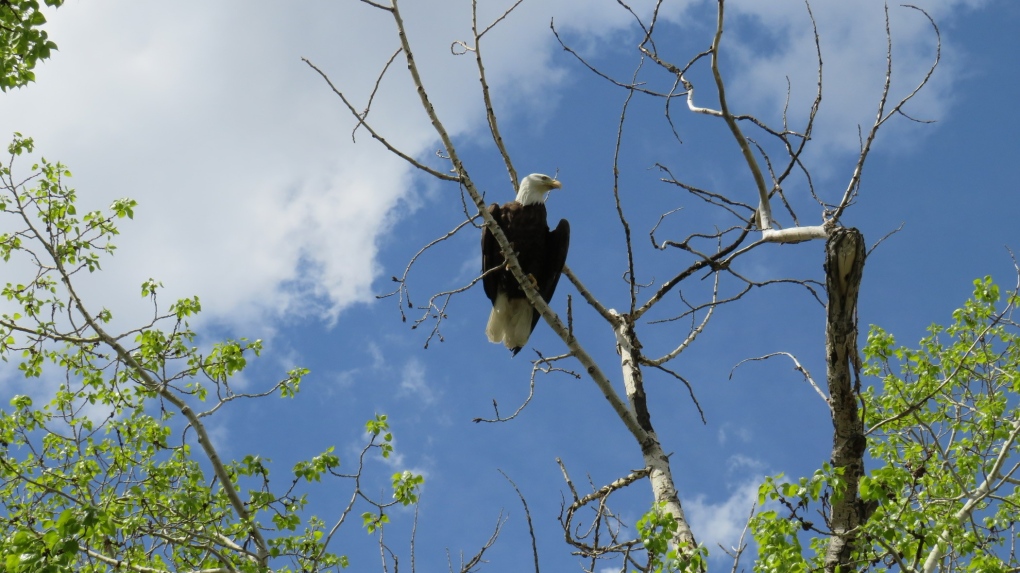 When fully grown, bald eagles have an average wingspan of six to seven-and-a-half feet.

If people want to venture out to see if they can spot the bird of prey for themselves, Brigham said it’s possible to see one at any point in the day.

“They’re certainly going to be most commonly roosting in a tree sort of early in the morning and towards the sunset when they can’t be hunting, but you can see them at all times of the day,” Brigham said.

U.S. President Joe Biden on Saturday signed the most sweeping gun violence bill in decades, a bipartisan compromise that seemed unimaginable until a recent series of mass shootings, including the massacre of 19 students and two teachers at a Texas elementary school.

Tanya Ball began her career as a social worker for the Kaska Dene First Nation. Now she runs a land guardian program, working to monitor and protect a vast stretch of the band's northern British Columbia wilderness.

With the U.S. Supreme Court’s decision to end constitutional protections for abortion, 26 states are likely to ban abortions; 13 of which are expected to enact bans against the medical procedure immediately.

Abortion is legal in Canada -- but is it accessible? Experts weigh in

There is a renewed conversation about abortion accessibility and rights for women in Canada after U.S. Supreme Court justices overturned the Roe v. Wade case on Friday, allowing states to ban abortions.

They are the most fiercely polarizing issues in American life: abortion and guns. And two momentous decisions by the Supreme Court in two days have done anything but resolve them, firing up debate about whether the court's Conservative justices are being faithful and consistent to history and the Constitution – or citing them to justify political preferences.