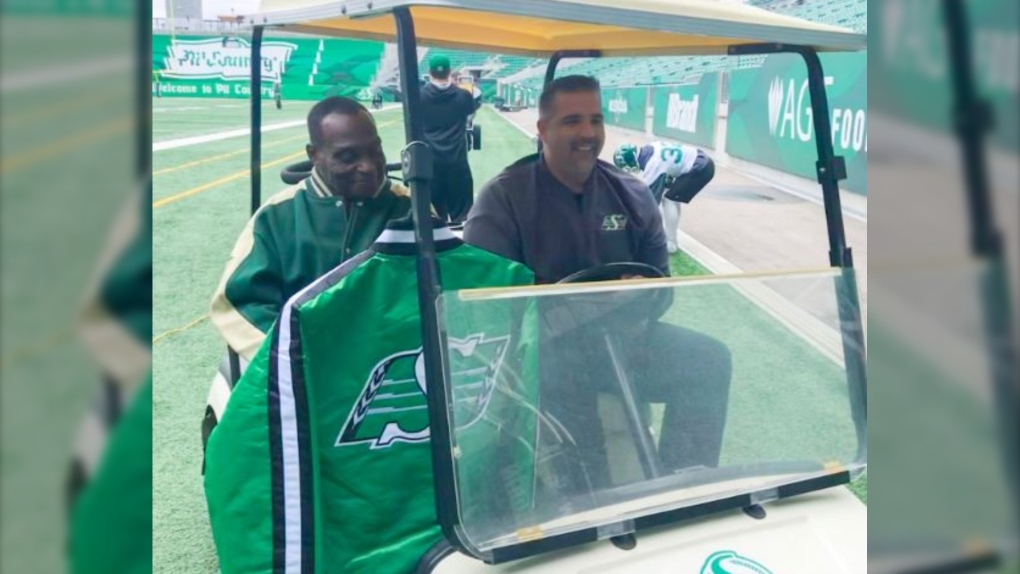 REGINA -- A GoFundMe page is asking for donations to help CFL legend George Reed deal with the expenses tied to mobility issues, caused by a number of surgeries.

“Funding for a special custom knee brace to stabilize his leg and keep his left knee from locking up on him when he tries to walk would help him in getting some of his mobility and independence back,” the GoFundMe reads.

Reed suffered many injuries during his athletic career that eventually led to two back surgeries that have reduced his mobility and independence, according to the page.

“George spent more than two months in the hospital and three months at the Wascana Rehab Centre, however, it wasn’t enough and he needs more.”

The page says Reed simply requires more physiotherapy than he can afford. His most recent surgery impacted his ability to walk without support.

"We are, as always, in awe of the generosity of Rider Nation and think it’s amazing that fans have chosen to rally around George Reed in this way," the Saskatchewan roughriders told CTV News. "George is such an important part of the history of the Saskatchewan Roughriders both for what he’s done on and off the field. Throughout the years, the Club has privately worked with George and Angie providing a variety of support. We also support all of our Roughrider Alumni through our partnership with the Rider Alumni Association."

Reed had to withdraw from his involvement with many charities to deal with his physical health. The page says he is eager to get back to his involvement in the community, and spend his remaining years helping others and cheering on the Riders.