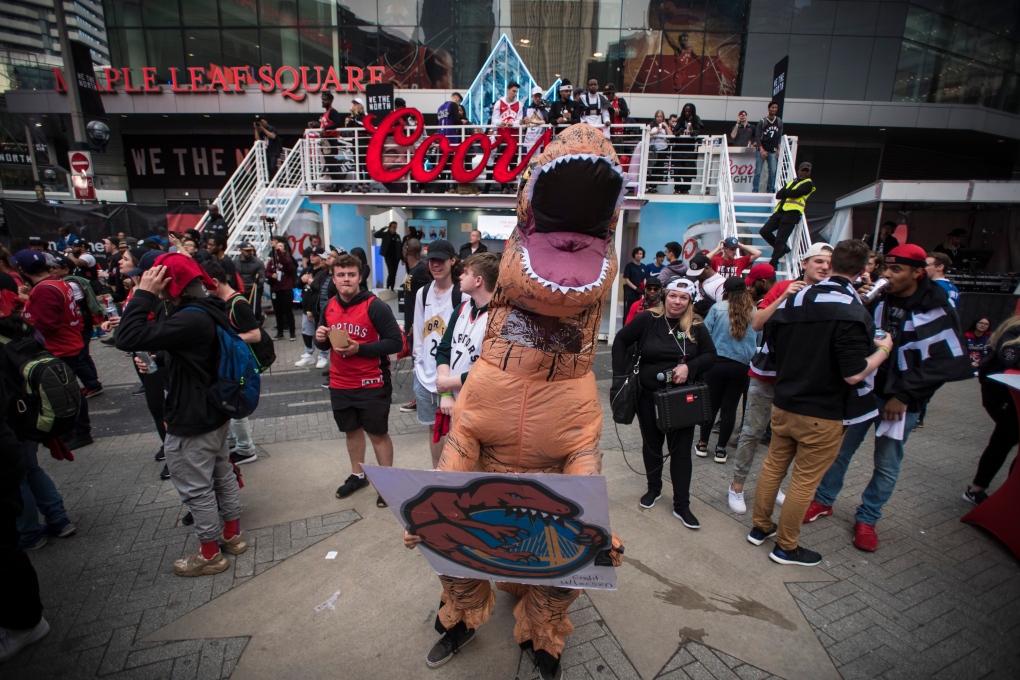 Toronto Raptors fans gather outside Scotiabank Arena, at what's dubbed "Jurassic Park," prior to tip off for their NBA finals debut against the Golden State Warriors in Toronto on Thursday, May 30, 2019. THE CANADIAN PRESS/ Tijana Martin

The City of Regina is inviting Raptors fans to view games four and five of the NBA finals at City Square Plaza.

In partnership with @ReginaDowntown, we're excited to announce #JurassicPark is coming to Victoria Park for games 4 and 5 on June 7 and 10! Come out to City Square Plaza and cheer on our @Raptors in the #NBAFinals Pre-show starts at 6 p.m. with food and entertainment. pic.twitter.com/zV0z7WVwG4

The screening will be free of charge, and the game will be broadcasted on a 14-foot LED screen, north of Victoria Park.