Colonialism No More group in Regina asked to move their tents 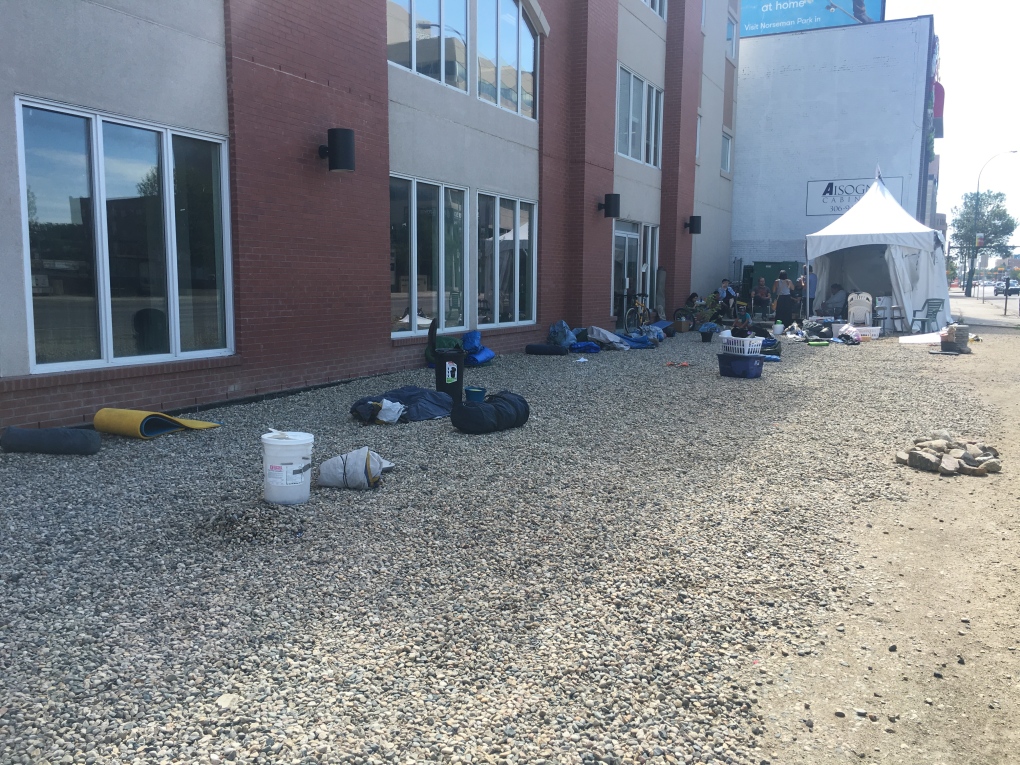 The Colonialism No More group is packing up camp in Regina. (Jessie Anton/CTV Regina)

The “Colonialism No More” group camped out in front of the Indigenous and Northern Affairs Canada (INAC) Office in Regina is being asked to move their tents.

Sue Deranger, a member of the rally says the owner of the building and the property manager both approached the group and informed them they would like to landscape the space they are currently camping on.

“Personally, I don’t think we need to leave. We’re not protesting the land owner. Our issue is with INAC, the tenant. This camp has received a lot of support from all walks of life. You can walk down the sidewalk, you can get in the door. We’re not blocking anything and in fact everything but the tipi is off their property line.”

“They were asked to get rid of six or seven tents that don’t look clean. (The tents) don’t look appealing and they are a fire hazard but they’re welcome to leave their tipi.” said Dwayne Anderson, the developer of the building.

“We have tenants moving into the 4th and 3rd floor of the building in the winter and we would like to do some landscaping this summer. We don’t want this to be a political issue. It would be a lot easier to landscape if they can move. We would like this group and the government to resolve their issues quickly.” Anderson adds.

Deranger says they will not move until INAC meets their needs. It has now been 72 days since the group set up in front of INAC. Better housing and clean drinking water on reserves across Canada are just some of the issues the group want addressed.

Colonialism No More sent a response letter to the group that owns the building. You can read it below: