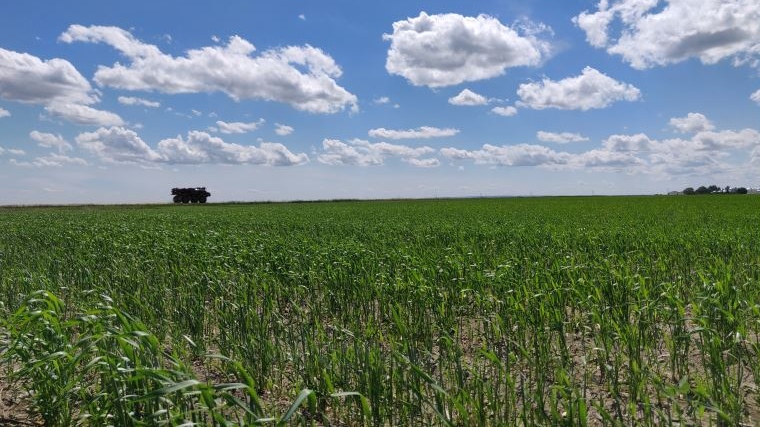 Crops in Saskatchewan are still behind normal development stages despite recent moisture and warm weather, according to the province's weekly crop report.

The report says that 67 per cent of fall cereals and 32 per cent of spring cereals are in the heading stage, and 38 per cent of canola and mustard and 54 per cent of pulse crops are flowering.

Crop conditions are varying across the province, and the report shows most in poor to good condition. Livestock producers have seven per cent of hay crop cut, and three per cent baled or put into silage.

The province says many swaths are smaller than normal due to a lack of spring moisture. Pastures have greened-up, but will likely have reduced carrying capacity this year.

Producers are currently applying fungicides on pulse, cereal and oilseed crops. Crop damage was the result of flooding, strong winds, hail, lack of moisture and insects.