The largest movie screen in Saskatchewan is set to undergo a digital transformation.

Chief projectionist Trevor Ewen has worked at the theatre since the late 90s, and has been a part of some of the previous major changes, including integrating 3D technology in 2010.

“To quote my father: ‘You can’t stop progress,’” Ewen said.

The latest progression at the Kramer IMAX will allow the theatre to show a wider selection of Hollywood movies–not solely those shot on IMAX film. 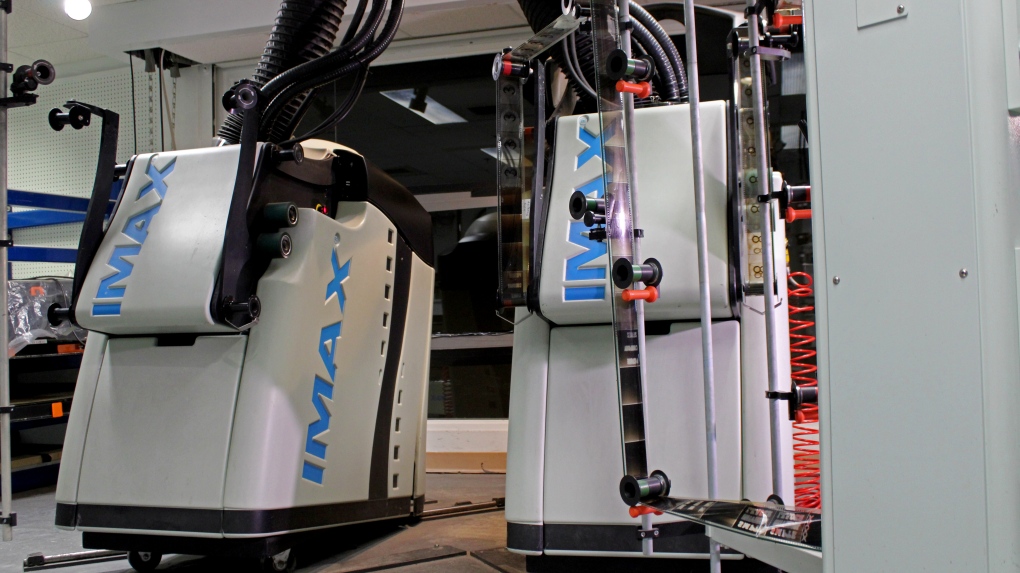 While the facility will be keeping one of its two film projectors in use, the new digital technology signals a shift for the projection room at the theatre, which has been showing film reels since it opened in 1991.

“I was a member of the projection club,” he said.

“We had a tour of the Odeon Centre projection room and I thought, ‘I could do this job.’ So I pursued it and I was fortunate enough to get in, and I was able to train. I worked in all of the theatres in town at the time.”

Now, 52 years later, he can still be found behind the glass of the projection room, preparing film reels, feeding them through one of the two quick turn reel units into the projectors, and monitoring the movies for any miniscule complications.

“A lot of people sit back and think, ‘Well he’s just sitting in the chair’ well no I’m not. I’m sitting, and if there’s a little click, or some noise that’s extraneous, that’s when you’ll see me get up and check things over,” Ewen said. 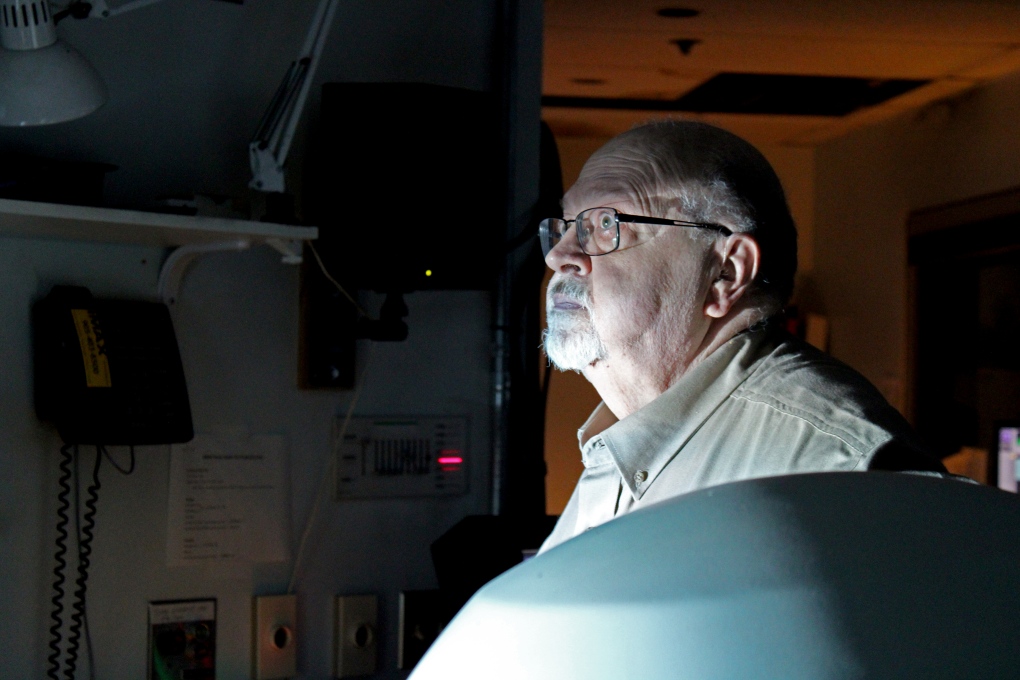 Ahead of each show time, every film reel takes hours of work to prepare.

In recent years, the theatre has shown some of Hollywood’s biggest movies shot on IMAX film--with many coming from director Christopher Nolan, including “the Dark Knight” trilogy, “TENET,” “Dunkirk” and “Interstellar”.

For feature length movies like those, the preparation is tedious and heavy-duty work, according to Ewen.

“We have large 72 inch platters, and of course if you assemble it, it has to be assembled on the platter, no getting around it, it’s a long, tedious process,” Ewen said.

“You have to double, triple, quadruple check because if you don’t, next thing you know, you’ve got reel 33 where reel 47 is supposed to be, and then you’ve got a real problem on your hands.”

“No pun intended,” Ewen added with a laugh. 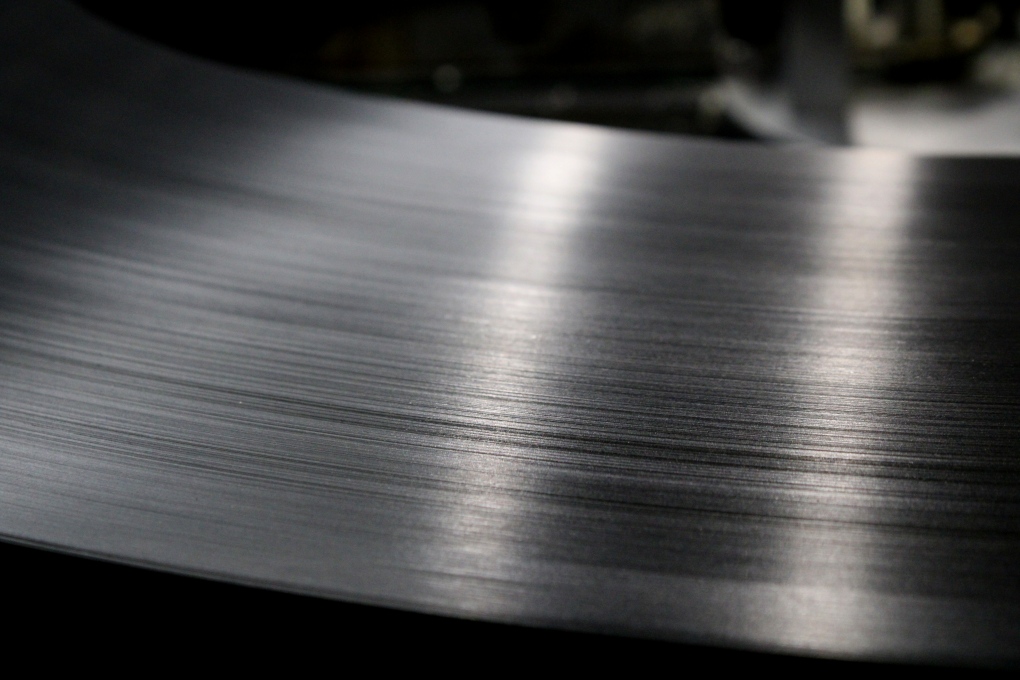 Layers and layers of IMAX film are seen as part of a reel, ready to be fed into the projector. (Brendan Ellis/CTV News)

Now with a digital projector on the way, that workflow will be cut down significantly for the Kramer’s projectionists. Instead of spending hours preparing film reels, the projectionist will just have to plug in a hard drive for the digital offerings.

As more and more theatres transition to digital technology, Ewen said there are not many projectionists or technicians like him left across Canada.

After more than five decades in the projection industry, the updated technology could open a new door for Ewen.

“Hopefully a retirement,” he said. “But I can’t leave the business stranded, so even if I’m here very casually, I’ll still be available.”

Now with access to an even wider selection of movies, Ewen said the theatre’s new digital projector opens up a “positive Pandora’s box.”

“Anything that any of the other companies can run, we’ll be able to run,” he said.

According to Holota, the large screen will be delivered rolled up in one piece. When it arrives, the science centre will have to create a hole in the side of the building to the get the screen into the theatre. 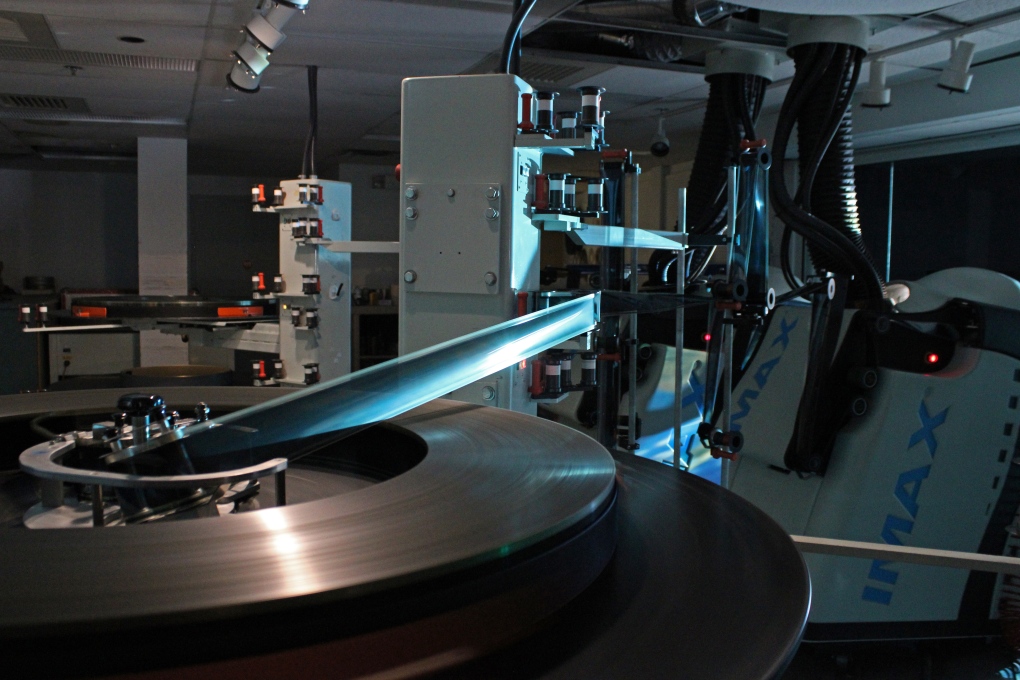 A film reel is pulled into an IMAX projector during a showing of Australia's Great Wild North at the Kramer IMAX Theatre in Regina. (Brendan Ellis/CTV News)

The theatre plans to continue showing educational IMAX documentaries alongside its new catalogue of mainstream movies.

“The other content is just a great way to keep people engaged and of course to entice them to come and watch those documentaries,” Holota said.

The science centre hopes to open the new theatre experience in May 2023.