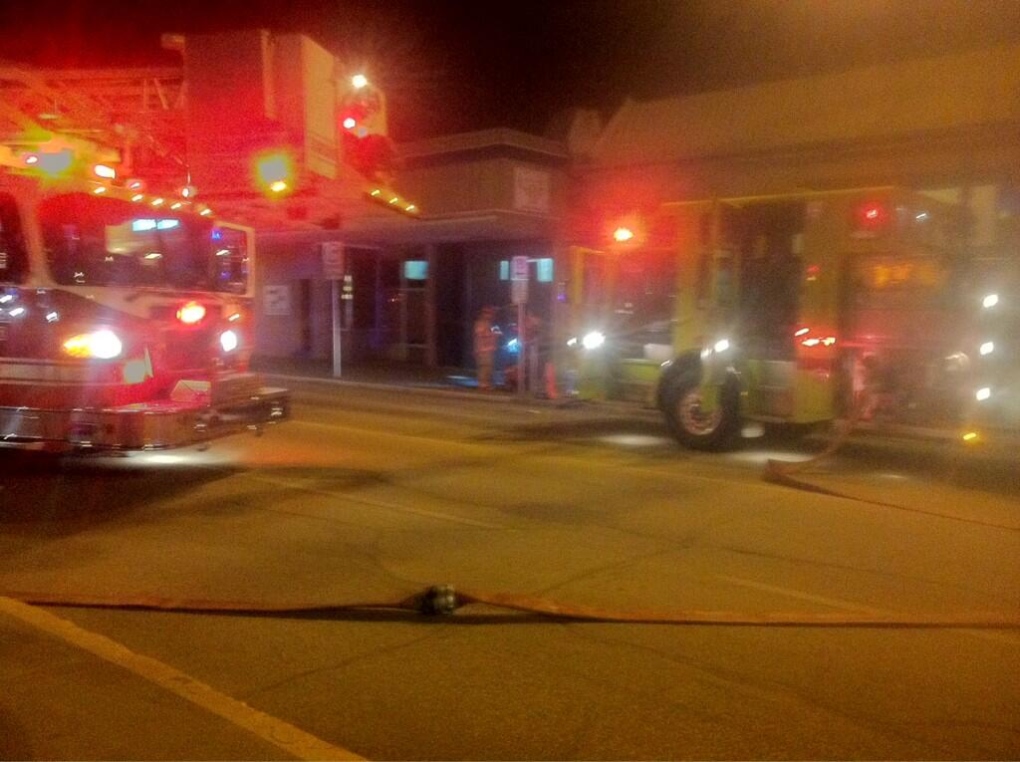 Crews respond to a fire at Taste of Europe restaurant in downtown Moose Jaw on Sunday night. (Justin Crann/Twitter)

A fire at a restaurant in downtown Moose Jaw has caused an estimated $100,000 in damage.

Crews were called to Taste of Europe in the 300 block of Main Street North just before 8 p.m. Sunday.

Firefighters extinguished the fire, which was contained in the building where it started. Nearby businesses sustained smoke damage.

Nobody was inside the building at the time and no one was injured.

The cause of the fire is under investigation.