All of the new cases are in the La Loche area in Saskatchewan’s far north.

The province says one case reported in Regina has been reassigned to the north.

As of Tuesday, Regina had no active COVID-19 cases.

Of the 577 cases in Saskatchewan, 186 are considered active. The province is also reporting 11 more recoveries, for a provincial total of 385. 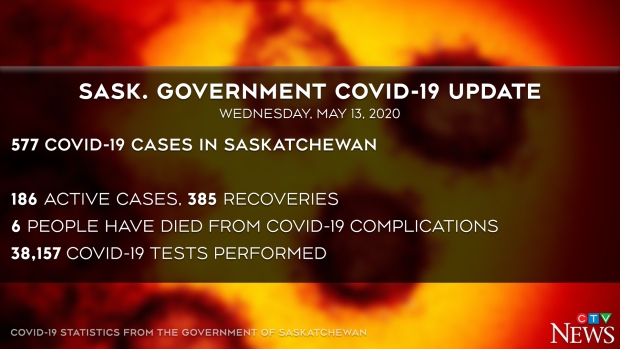 There are 10 people currently in hospital, including three in the ICU.

Premier Scott Moe said the virus is spreading more slowly, and the situation in the far north appears to be improving. However, the SHA still plans to visit 200 households in La Loche over the next week for testing.

Moe said there have been nearly no new cases outside of the far north recently.

“We are in a very crucial moment,” he said.

Moe explained that with more people out and about it's important that everyone keeps up the physical distancing measures that have been working so far. 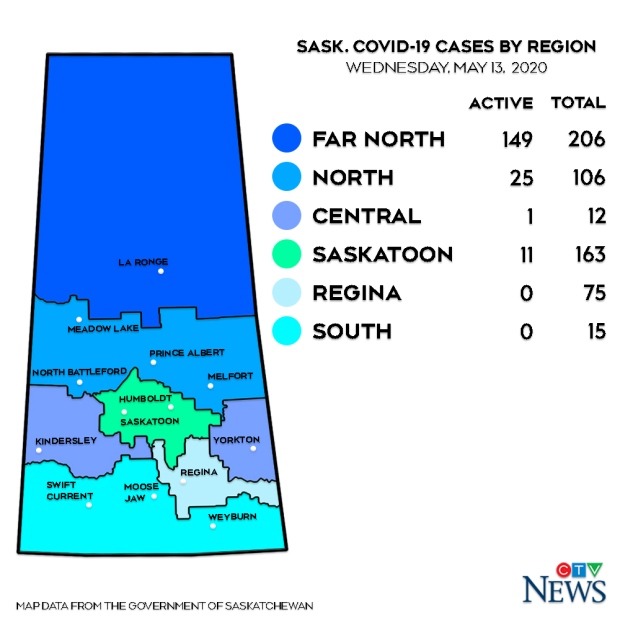 Of the cases in Saskatchewan, 139 are related to travel, 297 are community contacts, 65 have no known exposure and 76 are under investigation.