15 Wing serves as the flying school portion of the Canadian Forces Base Moose Jaw, where student-pilots enter phase two of their training to become a pilot.

Second Lieutenant Chris Tucker is a student pilot at 15 Wing Moose Jaw. He said it's been a lifelong dream to fly with the Royal Canadian Air Force.

“Ever since I was really young, I had an interest in aviation," Tucker said. "Growing up in Southern Ontario around Sarnia, I was fortunate to have the opportunity to go to several different air shows when I was young. And that really is what fostered my interest in aviation.”

Tucker said taking to the sky gives him a sense of freedom.

“A lot of times, our training can be busy in the aircraft, obviously we're training to do a job, but I do try to take a couple of seconds each flight to just look around and think how lucky am I to be able to do this," Tucker said.

It's a flight that takes skill and attention, all while flying an impressive aircraft.

“They’re going up in the air to fly a really high-performance aircraft," 15 Wing Flight Instructor, Captain Andrew Breschetti said. "There's a lot of stress on like the body and mind at the same time. “

Students can also improve their flying skills when they're not in the sky by using a CAE simulator. The advanced technology allows students to virtually fly an airplane. 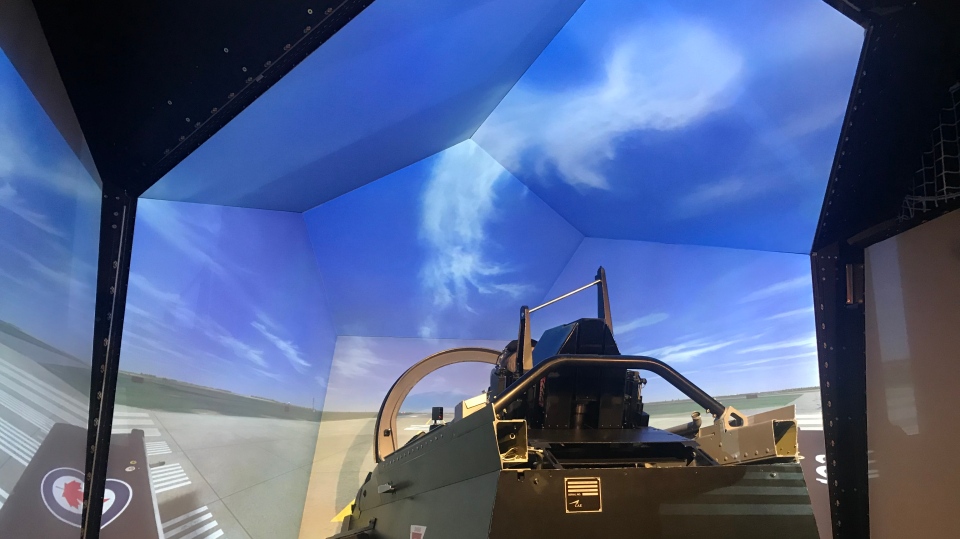 An instructor sits in a nearby room and assists the students on the flight and also gives them certain challenges and obstacles to prepare them for a real-life scenario.

“Saskatchewan it can be different if we get the snow lightning," Breschetti said. "We will always adapt and there's a mission to fly we will. Safety is always important for us here and then we can't make something happen we won't go fly.”

Second Lieutenant Mark Danyi is a member of the Hungarian Defence Forces. Danyi wanted to come train in Canada for the open sky.

“It's just so good that the space is so open," Danyi said. "We have the chance for better training I would say because we just have the space to fly the airplane.”

The training at 15 Wing is comprehensive and demanding, but the Commander of the base said it's important to ensure these students are ready for their journey ahead.

“We train every pilot that comes through and moves on to all their operational fleets," 15 Wing Commander, Colonel Ron Walker.

"There are various operational fleets across the country but all the primary flying training starts here in Moose Jaw. We try and set the stage for all the students that go through here not only for their flying training and their professional and officer development as well. So they go on not only to be great pilots but great officers.”