'Historic monuments': Sask.'s disappearing grain elevators and the push to preserve them

Grain elevators are an iconic symbol of Saskatchewan and are synonymous with the province’s agricultural roots.

Recently, old-school wooden elevators have been fading from memory and from the sides of highways.

Over the years, hundreds of elevators have been decommissioned – or even destroyed – due to environmental and economic factors. However, there are some Saskatchewan residents working to preserve the prairie monuments.

Kevin Klemenz is the in the process of acquiring a full ownership stake in two elevators in the hamlet of Horizon, Sask., approximately 140 kilometres southwest of Regina. 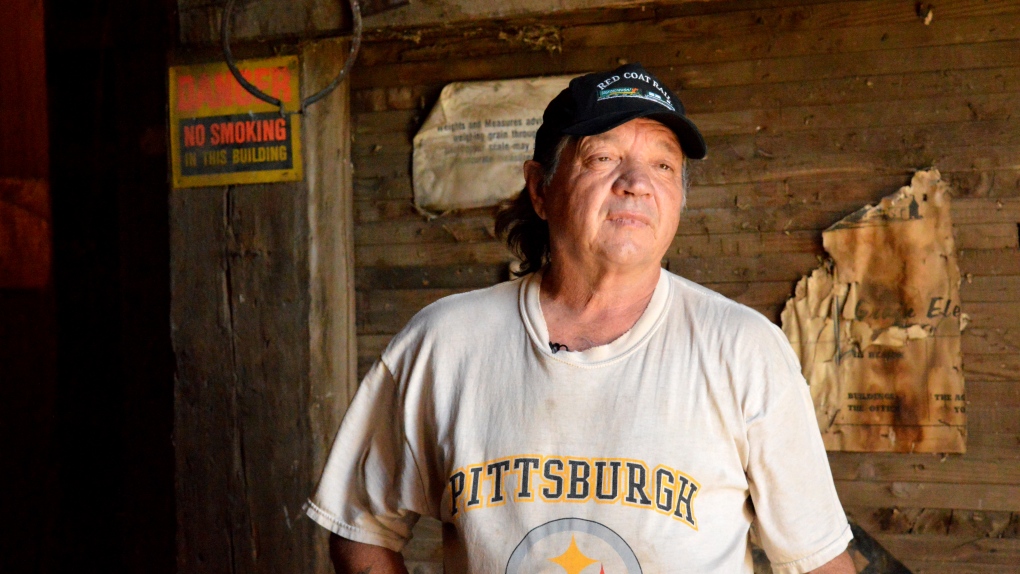 Klemenz’s grandfather originally moved to the town to help run the Saskatchewan Wheat Pool elevator in 1953.

“The grain elevators were very important to all of the communities, that’s where the local farmers had to haul their grain. At the time they just had small trucks,” Klemenz said. “The railroad and the elevators got the towns going.”

The second elevator, a Federal Grain building, was built in 1922. Klemenz is working on a buyout of the remaining shares from a local farmer’s cooperative to become the sole owner of the two elevators. 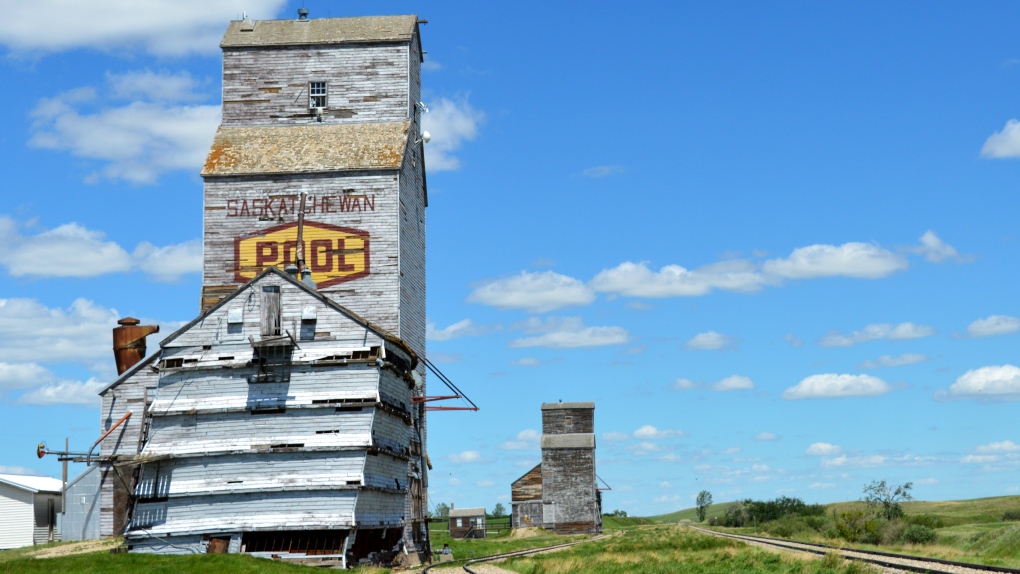 He continues to use the Pool elevator to store his own grain.

“To me they’re heritage sites. I would like to preserve them and like to fix them up,” Klemenz said.

Klemenz has been working to refurbish both structures to a shade of their former glory, but the restoration efforts come at a high price.

“There’s less and less people doing it. Just even to get them painted now is very costly.”

When the Government of Canada started tracking grain elevators in 1962, there were 2,878 in Saskatchewan.

In 1966, there was approximately one elevator for every 340 people, according to federal census data.

As of 2020, that number has declined 94 per cent – leaving 183 elevators standing, including both newer cement elevators and older wooden structures.

With their numbers declining each year, Klemenz fears one day, the only place to see an original wood elevator may be at a museum.

“My goal is to try and keep these as long as possible and maybe they can be fixed up good enough that they could be a museum or a historical site that people could come [see],” Klemenz said.

The Sukanen Ship Pioneer Village and Museum is home to a restored grain elevator built in 1913 – originally from Mawer, Sask. 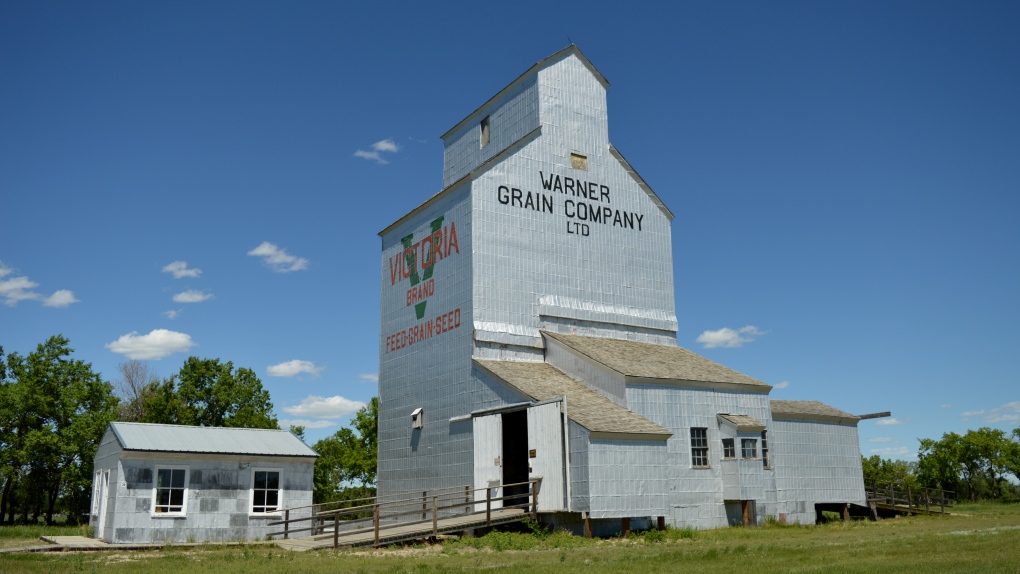 Gord Ross, the president of the museum, said it was important to find an authentic building for their village since they were an essential structure in any developing Saskatchewan town in the early 20th century.

“Towns or the villages grew as a result of the elevators coming in. The people from the existing areas started to bring their grain in to the elevators to be delivered there, so naturally the merchants followed by opening up the various types of stores,” Ross said.

The elevator was donated to the museum by the family that owned it. But it then had to make the more than 100 kilometre move to the Sukanen Ship grounds.

The move itself cost $60,000 to complete. Another $40,000 was spent on repairs and refurbishing once it arrived. Sukanen paid for the restoration with money from fundraising and donations.

“There’s only one source of money nowadays, and that’s to raise it yourself,” Ross said. 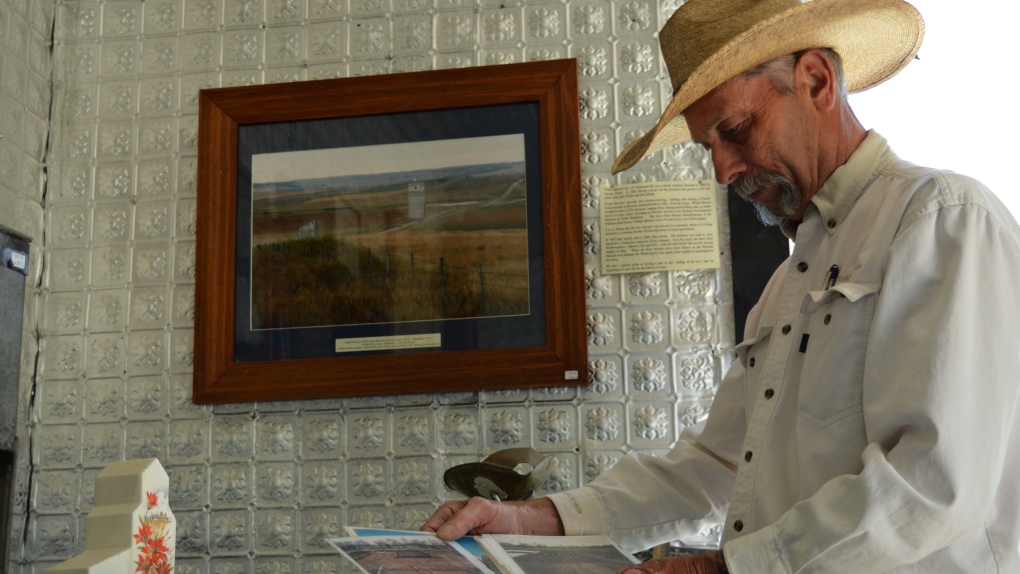 Despite the high costs and constant upkeep, Ross said it is necessary to preserve this era of Saskatchewan history.

“If it wasn’t for their hard work and their vision, we wouldn’t be here.”

For those looking to preserve elevators for future generations, the process begins with looking into why elevators are such an influential piece of Saskatchewan culture.

Ali Piwowar, a licensed architect originally from Regina, was intrigued by the iconic buildings and set out to research other ways to keep them standing.

She completed her Masters of Architecture thesis at Carleton University in 2015, focusing on Saskatchewan grain elevators – and their potential.

Piwowar said the importance of elevators to small communities comes down to what she calls their “intangible cultural heritage.”

“They’re such a monument in the prairie landscape that it’s hard to miss if you’re not from the Prairies.” 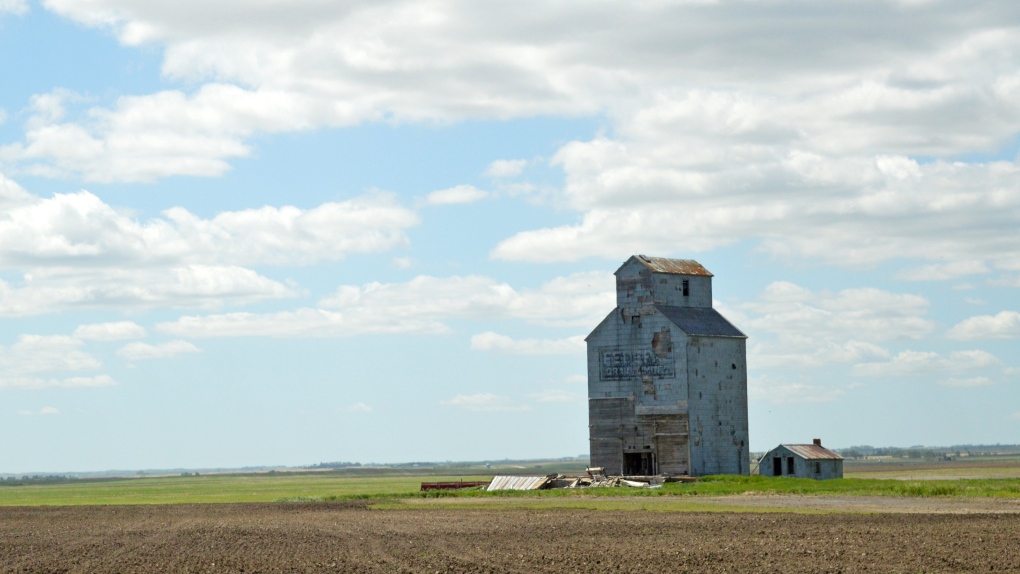 The abandoned Moreland, Sask. grain elevator stands off the side of Saskatchewan Highway 6, around 80 kilometres south of Regina. (Brendan Ellis/CTV News)

Through her research, she found these sites hold a lot of sentimental value for the people that have memories there.

“Yes it was a place of business, but there’s so much more of the story that the kids that are now adults that I interviewed through my thesis research, they have those memories,” she said.

“It’s so much about why the people in those communities think they’re important, because their grandfather traded grain at the elevator, or they played cards there as kids, or ran around as their parents did business.”

Klemenz has some of those fond memories surrounding the grain elevator – and the community it helped build in Horizon.

“The history is here from my grandparents. My roots are here,” he said. “We used to play here all the time. We used to play on the grain cars, on the elevator, it was a good memory here.”

THE FUTURE OF ELEVATORS

Kevin’s son Colin Klemenz is a part of the middle generation of Saskatchewan farmers. He remembers the old days, but has also adapted to the changes of the modern industry.

“You would always see your neighbours when you came here, you always had time for a visit, or a sit down. Lots of the elevator agents kept a fridge full of pop and you’d pay a dollar, buy a pop and sit around and visit with people,” Colin said.

“Now with the terminals, it seems like you’re in, you’re out and you’re gone.”

While demolition or restoration have been the usual options for older wooden grain elevators, the building could have other uses.

Piwowar found elevators could be converted to a number of alternative buildings, including housing, visitor centres, community gathering spaces or offices, among others.

“Using that understanding of the intangible cultural heritage to extrapolate and extend that into a reimagining exercise, to propose something that could be very useful and reinvigorate a community and use that landmark in a contemporary context that is useful and everybody can associate it with positive memories,” she said.

Whether they’re preserved as icons of the past or reimagined for the future, both Kevin Klemenz and Ross hope these elevators will help bridge the disconnect between generations.

“The younger age groups will be able to see an old elevator,” Klemenz said. “I don’t think a lot of the younger ones know really how it worked before.”

“So many of the younger generation are getting so far removed from agriculture that they don’t realize where it came from,” Ross said.

Just like his dad, Colin’s son Hunnter had the opportunity to grow up around the grain elevator, while his grandfather works to restore it. 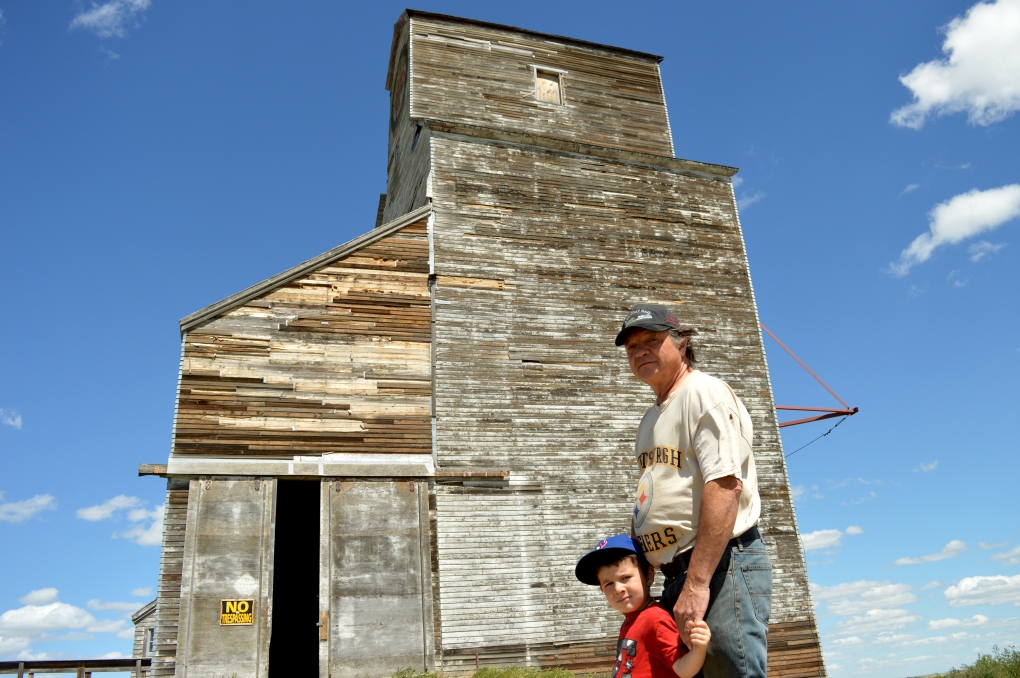 Kevin Klemenz and his grandson Hunnter stand in front of a grain elevator in Horizon, originally built in 1922. (Brendan Ellis/CTV News)

“[Dad] likes to preserve the past and really wants my kids and future kids to see that also, so it’s not lost,” Colin said.

“Without him doing all that, a lot of this stuff would be going right to waste and we look up to him for that.”

Klemenz wants to continue fixing up his elevators in an attempt to keep the turbulent Saskatchewan weather out, extending the life of the prairie skyscrapers and preserving the final remnants of a nearly lost era in Horizon.