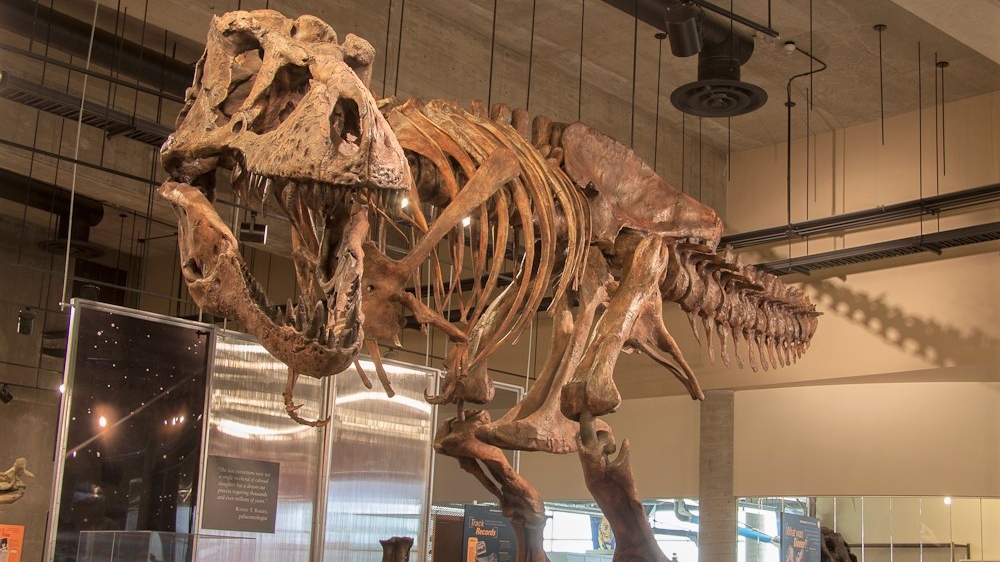 “Scotty” is the largest dinosaur skeleton ever found in Canada. (Tourism Saskatchewan)

The home of Scotty, the world’s largest and oldest Tyrannosaurus rex, will be open in Eastend this summer.

The T. rex Discovery Centre will open for business on May 18.

“Who knew this exciting excavation 25 years ago would turn Scotty into an international star,” Parks, Culture and Sport Minister Gene Makowsky said in a news release. “Visiting Eastend allows Saskatchewan residents to see Scotty’s home and where this creature walked millions of years ago. It also is a great spot to take your family and friends to see what the town of Eastend and the Discovery Centre have to offer.”

Scotty’s excavation began in 1991, and experts say he lived to be 30 years old. In March, researchers at the University of Alberta declared Scotty the world’s largest T. rex. He also the largest dinosaur skeleton ever found in Canada.

The T. rex Discovery Centre in Eastend features a scientific walking trail around the centre and a shop with local Saskatchewan artistry.

Scotty will also be featured in a new exhibition at the Royal Saskatchewan Museum this summer.