'I like making our community better': Cupar man dedicated to improving his hometown

CUPAR -- A man in southeastern Saskatchewan is spearheading multiple projects to improve his hometown of Cupar.

Mike Pearce is currently trying to fundraise for a new water pump unit for the volunteer fire department.

Having volunteered as a firefighter for over a decade, he said that this is the most used truck in the fleet and replacing it can cost up to $750,000.

He plans raise the money by applying for grants, looking for sponsorships and hosting fundraising events

“We are doing a golf tournament coming up on September 11th and then whatever approaches from there,” Pearce said.

This isn’t the first major project he has taken on, having headed a committee to add a new playground and restore the Centennial Pool around four years ago.

The outdoor pool needed a new liner, boiler, pump, filters and piping on the deck.

Pearce and the playground and pool committee also wanted to add a new storage shed and playground at a total cost of about $265,000.

The committee was able to raise about $176,000 with the rest coming from sponsorships and town council. 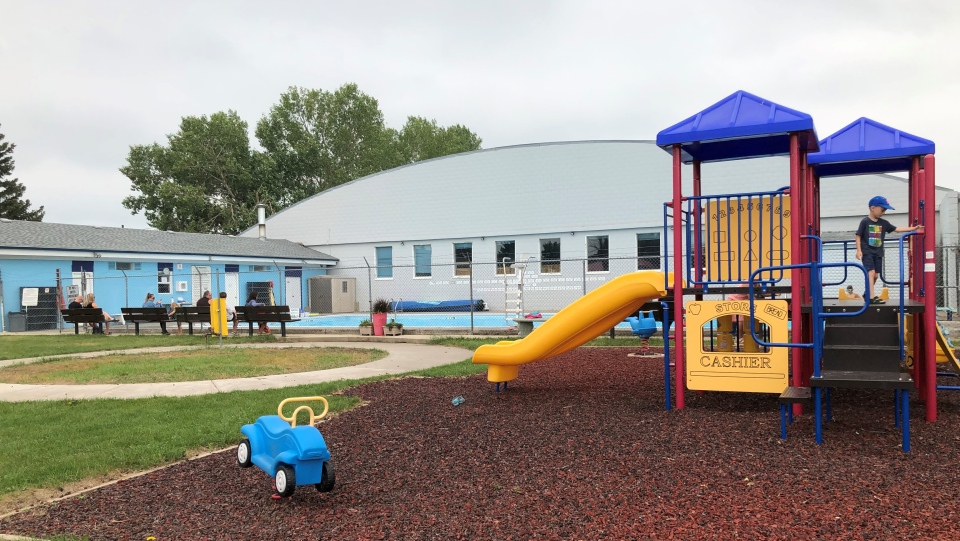 Mike Pearce was part of a team that raised money for a new playground in Cupar. (Mackenzie Read/CTV News)

Community members say they have always appreciated Pearce’s commitment to the town.

“Mike is always right at the front of the line, even as a kid,” Pearce’s coworker Kelly Findling said. “I used to coach the Cupar Canucks and he was my stick boy, actually. So, I have known him a long, long time. I’ve seen him grow into the man he is and we are very proud that he has remained in Cupar.”

“He’s a big man with a big heart and he’s known because he is really kind, he’s friendly, he’s known around the community as a good person all around,” said Pearce’s friend Tyler Roberts.

All of this work helped him earn the Saskatchewan Volunteer Firefighter Association’s Zone 4 firefighter of the year award in 2018.

Pearce said he believes there are plenary of other people in town who have helped and it’s not just him doing all the work.

“I just do it because I like to make my community better,” Pearce said. “This is home to me so I don’t ever want to see anything go bad here. I’ll try my best to make everything better.”