REGINA -- The Regina Police Service is wrapping up an external review of how sexual assault cases are handled, aimed at combating low reporting rates and even lower charge rates.

The review is the first of its kind in Saskatchewan, based on what’s known as the Philadelphia Model.

It brings together local and provincial advocates for victims of sexual violence, who have spent a week carefully looking over sexual assault investigations conducted by RPS that did not result in a charges being laid.

Sunny Marriner is the project lead for the review and is part of the larger “Improving Institutional Accountability Project.” It’s an initiative that examines how sexual violence moves through law enforcement and the court system, and what challenges victims face during that process.

“We’re going into the cases very particularly to identify that and then come up with solutions and problem solving to address all of them.”

Kerrie Isaac, the Executive Director of Sexual Assault Services of Saskatchewan, says it’s important for police to allow outside organizations like SASS to be part of identifying problems victims face, and commends RPS for doing so.

“Allowing advocates to come in and support that is opening up kind of that trust and having that relationship,” Isaac said. “So individuals who do experience sexual violence will have that support, knowing that process is happening within the investigation chain.”

Staff Sgt. Dean Yadlowski with RPS is serving as a liaison of sorts between police and the review team. He says the service hopes conducting this review can eventually lead to policy and operating procedure change.

“Advocates for sexual assault survivors have a unique perspective on the best way to speak to survivors to gain information from them, and we’re hoping we can use some of those skills in the future to improve the quality of investigations,” Yadlowski said.

“We hear survivor stories every single day, and to be participating in a project like this that hopefully will inevitably mean that survivors feel more comfortable coming forward with their stories and have better outcomes when they report,” said Lisa Miller, the Executive Director of the Regina Sexual Assault Centre. “I feel a lot of honour to be participating.”

Miller is also a member of the team directly reviewing this set of individual investigations from the last year that did not result in a conviction, about 90 in total.

“The project really requires the police to have a level of transparency we do not often see,” Miller told CTV News. “We are being provided complete police reports on sexual violence, any file where there were no charges that were laid.”

“It offers an opportunity for learning both ways. I think our advocates have an opportunity to learn police procedures, and how sometimes that can impact those investigations,” said Miller. “Then police are offered an opportunity to hear from people that are subject matter experts.” 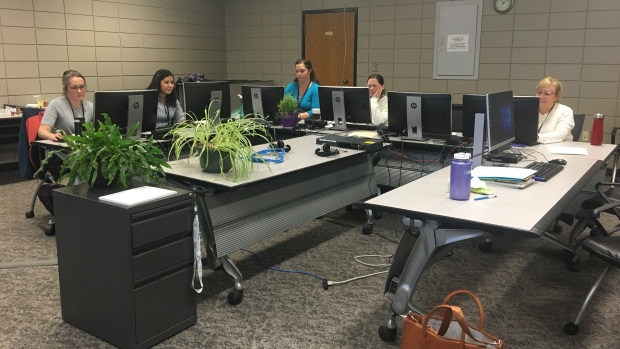 A group of advocates for survivors of sexual violence conduct a review for the Regina Police Service under the Philadelphia model on Oct. 17, 2019. (Cole Davenport/CTV News Regina)

Reported cases are ‘a fraction of a per cent’

By building more trust with victims through advocates like Miller, it’s hoped more survivors will be willing to come forward and report sexual violence to police.

According to Miller, the national conviction rate for sexual violence is around 12 per cent. But that rate comes from the mere five per cent of cases that are even reported at all.

“It’s a fraction of a per cent of perpetrators that are ever held to account for those actions, so it’s a significant problem,” Miller said, noting the Regina Police Service already has a higher than average charge rate between approximately 30 and 40 per cent. “But we want to see that increase for individuals who are coming forward.”

“We all know that sexual assaults are [underreported] compared to other types of crime,” Yadlowski said. “Anything that we can do to improve our level of support and service to survivors is something that we’re looking to pursue.”

“We want to maximize people’s feeling of safety, security, and knowledge that we’re going to try our best to solve their file.” 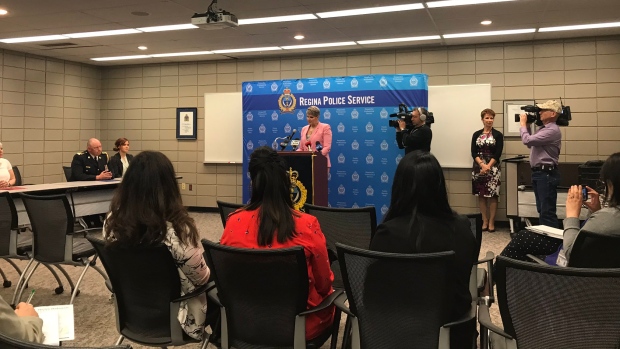 Not just a one-time thing

One aspect of the project is its continuous nature, as this review is not planned to be a one-off.

“Case review is an ongoing process, so it’s actually adding a new link to the investigative chain,” Marriner said, referring to results from past police services involved in the initiative. “The investigative chain right now looks like a report, an investigation and a clearance. The new promising practice that’s evolving is that we would have report, investigation, clearance, review on all of those cases that don’t proceed to charge.”

“What we might find in a first review like this one for example, should probably look significantly different than what we would find from a review four years down the road, or five years down the road,” she added. “We know that policing evolves, personnel change, personnel evolve, and we need to be able to ensure that we have an ongoing mechanism to address barriers as they come up.”

This pilot project is receiving funding from several provincial ministries including the Ministry of Justice and the Ministry of Corrections and Policing. SASS is doing its own evaluation of the project after the first stages of the review are complete, with the hope of eventually seeing it expanded to other police services in the province.

Friday is the final day of this initial review, with the results expected to be brought forward to RPS at a later date.