A grand opening for the Constable Shelby Patton Memorial Park is scheduled to be held at 2 p.m. on Aug. 20 in Indian Head, Sask.

Cst. Patton, a member of the Indian Head RCMP, was killed in June of 2021 while responding to a report of a stolen vehicle. 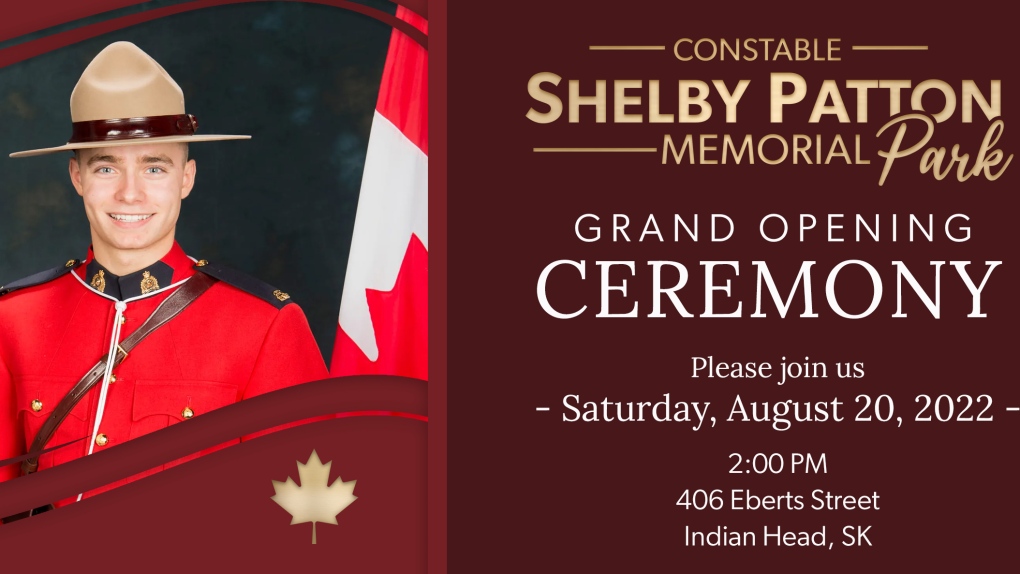 A grand opening for The Constable Shelby Patton Memorial Park will be held Aug. 20. (Photo courtesy Town of Indian Head)

“The development of the Constable Shelby Patton Memorial Park has been an incredibly meaningful project for each of the development committee members,” Devin Pugh, a member of the Development Committee, said in a release. “To be able to channel the overwhelming community support and appreciation for Shelby’s service into a project like this has been an astonishingly positive experience.”

Anyone is invited to attend the ceremony. A parade with uniformed RCMP officers in Troops and in Review Order along with the Regina RCMP Pipe and Drum Band will take place.

“Troops of uniformed RCMP members will march from the Indian Head Detachment to the park dedication in Troop formation. Dignitary speeches will follow and attendees will have a chance to explore the park,” a release from the Town of Indian Head also said.

In August 2021, a fundraising committee announced a goal of raising $150,000 for the development of the park. By December, they surpassed that goal and have raised nearly $225,000 to date.