Inquest begins into woman’s death at RCMP detachment in 2017 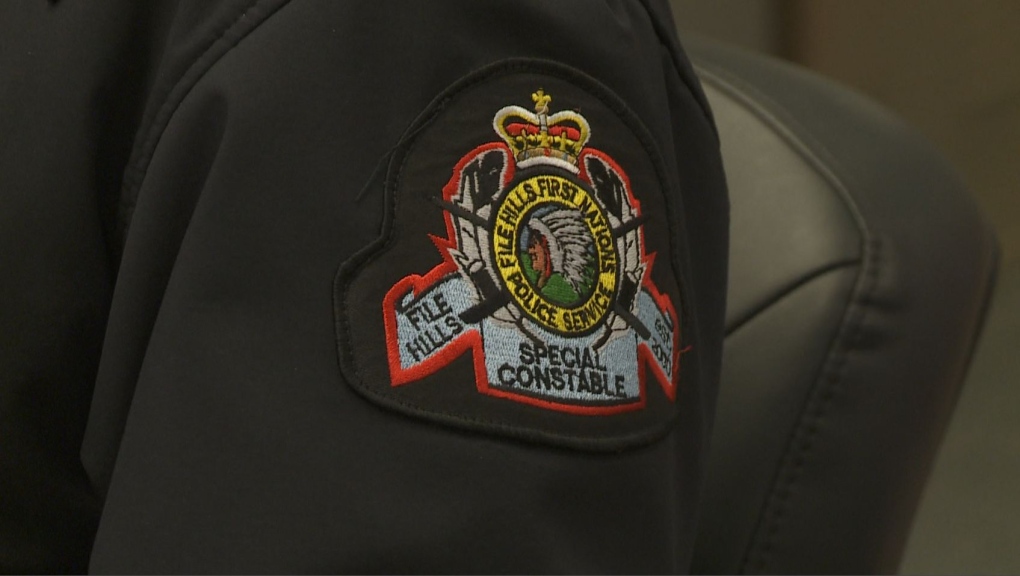 A File Hills Police logo is seen in this file photo.

REGINA -- A public inquest is being held into the death of a woman in custody at the Indian Head RCMP detachment.

Deanna Whitecap was found unresponsive in her cell on Sept. 2, 2017 and was later declared dead in hospital. She was arrested and being held on charges of driving while prohibited and suspected impairment.

Whitecap was in the custody of the File Hills Police Service that often shares the RCMP facilities in Indian Head.

Several witnesses spoke at the first day of the inquest.

A corporal from the RCMP Forensic Identification Unit photographed the cell block after Whitecap had been taken to hospital. The jury was presented several of the photos he took in 2017. He also assessed Whitecap in hospital and said there was nothing in the cell or on her body that seemed out of place.

Ronald Ball, one of the paramedics from the Indian Head EMS, who attended to Whitecap, said they were called to the scene for a suspected cardiac arrest.

When they arrived to the RCMP detachment around two and a half minutes after the call, he said Whitecap was unresponsive and had no pulse or electrical activity.

Ball said he and his partner used a mix of manual and automated CPR on Whitecap on the scene and on the way to the Indian Head hospital. He said she never regained any electrical activity that would warrant trying to shock the heart back into activity. She was declared dead in hospital around 30 minutes later.

Kevin Bruce, an Indian Head RCMP constable who was on duty the day of Whitecap’s death, also spoke on Monday.

Bruce, who was in a “supervisory role” as the acting commanding officer at the Indian Head RCMP, had the option to release Whitecap in the afternoon before he had to respond to an assault call in Vibank, but he did not think he had time to deal with all of the release paperwork to make it to the call in time.

Both Bruce and RCMP member Cst. Daniel Dempster, said it was a very busy day at the detachment, so the on duty officers did not have any additional time to assist the File Hills Police Service in releasing Whitecap earlier in the day.

The jury was also shown a video of Whitecap giving a statement to police just hours before she passed away.

Shawn George and Maria Rupcich, members from the Regina Police Service Major Crimes Unit that oversaw the death investigation as a third party, viewed the interview as part of their investigation in 2017. They both agreed Whitecap looked healthy at the time of the interview, hours before she passed away.

George also elaborated on the surveillance footage of Whitecap’s cell from that afternoon that he viewed during the investigation.

Around 3:30 p.m., Whitecap was lying down on the mattress in her cell. He said she then “arched her back” in an unnatural looking movement. Her breathing was then described as “deep” and “exaggerated.” She was found unresponsive around 4:20.

George said Whitecap’s movements were likely not enough to stick out to guards over surveillance footage, and she looked like she was asleep in the aftermath.

Whitecap was set to be released later in the day following her interview with police but passed away hours after.

The inquest continues on Tuesday through Friday. Several more witnesses will be heard this week with the last of the evidence being presented by noon on Wednesday.