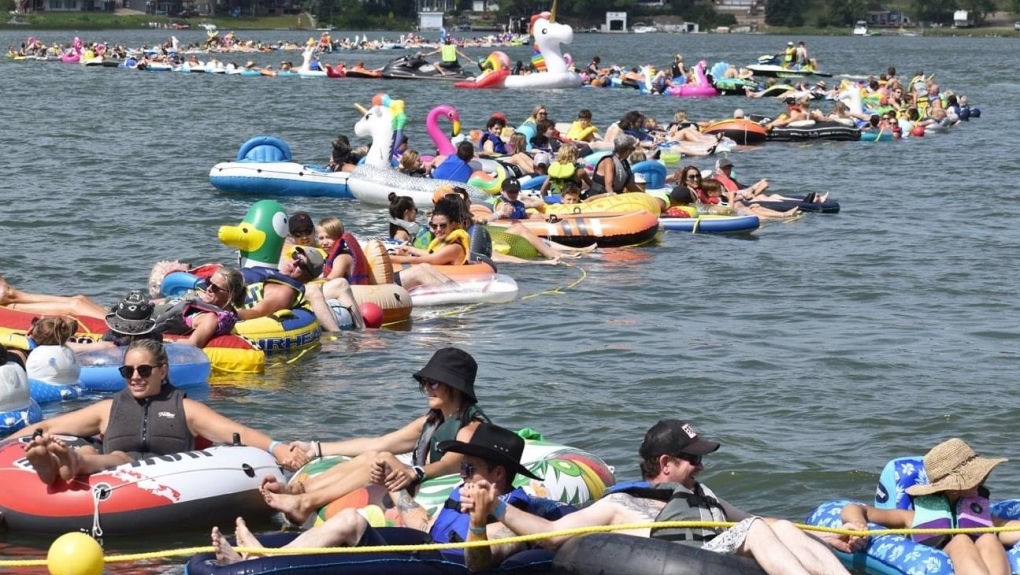 Lac Pelletier Regional Park is the new Guinness world record holder for the longest line of water inflatables at 358.70 metres.

With the goal of reaching 300 metres on an open lake, hundreds of people began making their way into the lake at 9 a.m. on July 30, 2022 with their inflatables.

The line was made at 11:15 a.m. and the official water measurement and drone video was conducted.

Tammy Tangen, event coordinator, collected and reviewed documentation for submission to Guinness for certification in the weeks following the attempt.

After months of waiting, on Jan. 17, 2023, the official notification was received from Guinness that Lac Pelletier Regional Park was the new world record holder.

The event and participant registrations raised over $6,500 to be put towards Lac Pelletier shoreline restoration projects.

The previous Guinness World Record of 215.10 metres was set in 2018 in Milan, Italy at an indoor swimming pool.

According to newly released data, six provinces had increased wait times for walk-in clinics in 2022, with Canadians waiting an average of 37 minutes before seeing a physician.