As thousands of Saskatchewan kids receive their first dose of COVID-19 vaccine, many parents are eager to book the second appointment.

However, despite varying guidelines across the country, Saskatchewan doctors are recommending children wait a little longer in between doses.

“As a parent and a physician, we will be planning to vaccinate our five-year-old at the eight-week interval, not earlier,” said infectious diseases specialist Dr. Alex Wong. “That first dose is going to provide reasonable protection after a couple of weeks with how robust we expect kids’ immune responses to be.”

In line with NACI’s stance, the Saskatchewan Health Authority (SHA) is recommending children wait at least eight weeks before receiving their second dose, but parents have the option to vaccinate their kids after three weeks.

“The eight weeks supports the ability for the immune system particularly in this age group to be working at its highest functioning level and having the most protective effect against the COVID-19,” Laveena Tratch, SHA Regina-area vaccine chief, said.

The SHA’s booking system is not set up for second doses yet, according to Tratch. She said parents should only get their kids double dosed prior to eight weeks, if they receive approval from their family physician.

Provincial governments in British Columbia, Alberta and Ontario all require at least an eight-week interval between pediatric doses. In Manitoba, officials recommend waiting eight-weeks, but parents can book their child’s second dose as early as four weeks.

Wong said it can be hard for the average person to interpret all of this information. He added parents need to listen to the advice from medical health experts and family physicians.

“Don’t try to over think some of this stuff,” Wong said. “We need to rely on the people that know what they’re doing to make good decisions for us at a public health level.”

Tratch said she is pleased with the high uptake and smooth rollout so far.

“This is very comparable to all our other earlier roll outs,” Tratch said, adding there are no concerns that supply won’t meet demand. “You always get those really early adopters, those people who have been excited, waiting and really anxious to get their vaccine.”

She said the health authority has a focus on making kids feel “empowered” when they get their vaccine.

Children have the opportunity to write notes and draw pictures after their shot, which are then hung up on the walls of the vaccine clinic.

“They recognize, at five to 11 years old, that they have the power to make change,” Tratch said. “They have power to make a difference in the trajectory of the (fourth wave).” 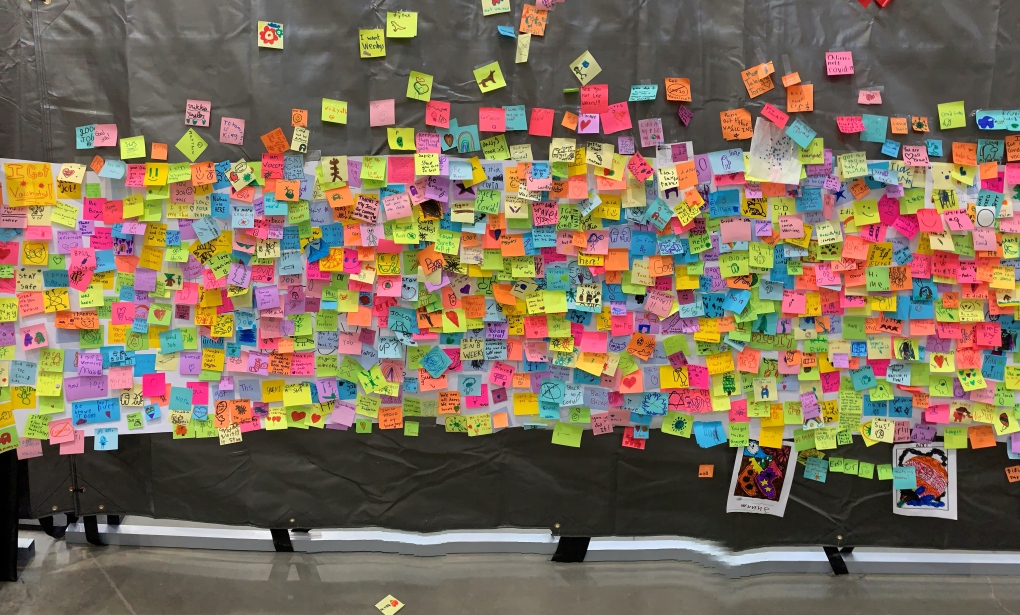