MADD reminds Regina residents about the dangers of impaired driving 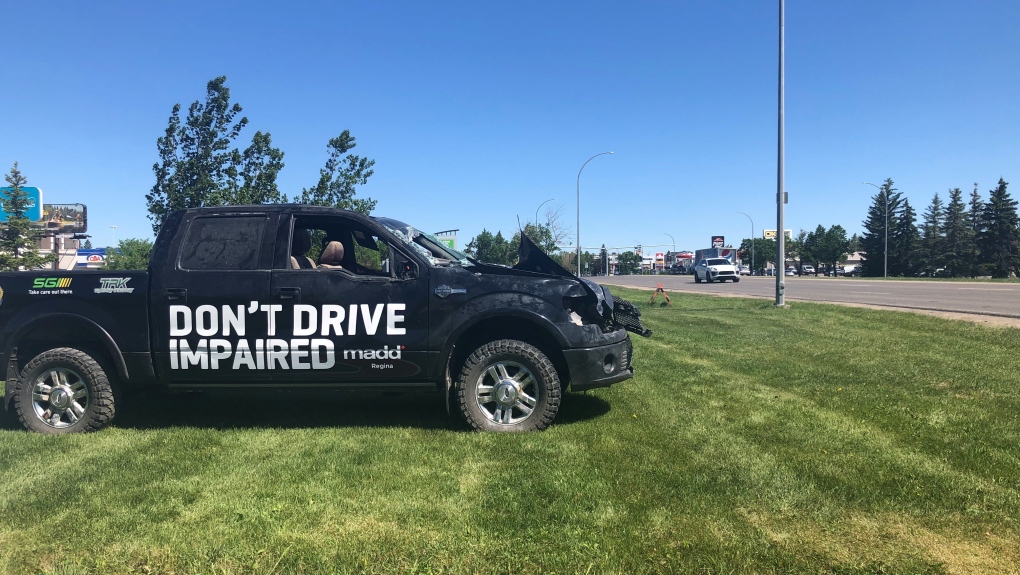 A totalled truck sits at the intersection of Albert Street and Gordon Road. (Mackenzie Read/CTV News)

REGINA -- Drivers in south Regina will now see a visual reminder of the dangers of drinking and driving.

MADD Regina has partnered with the Regina Police Service, SGI, the City of Regina and TRK Towing to display a totalled truck on the median at the intersection of Albert Street and Gordon Road for the next three weeks.

MADD said impaired driving continues to be the leading criminal cause of death in Canada.

The advocacy group said though people haven’t been able to go out as much as usual, the summer months are still a busy time and there is a higher risk of impaired driving.

The smashed vehicle will be displayed at several other locations in the city until September.