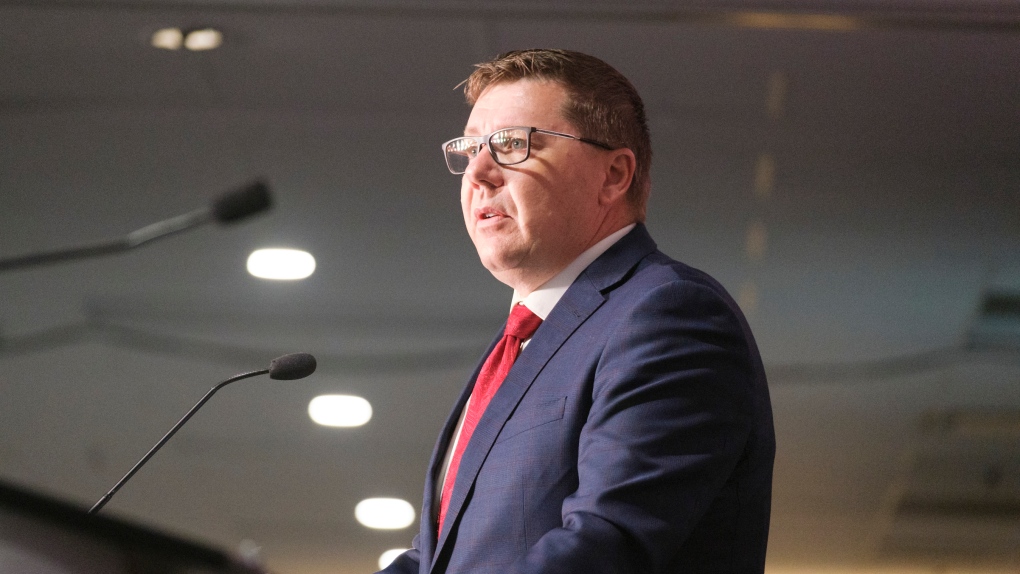 Premier Scott Moe speaks at the annual convention of the Saskatchewan Association of Rural Municipalities at Queensbury Convention Centre in Regina on Wednesday March 16, 2022. THE CANADIAN PRESS/Michael Bell

A judge has issued a warrant for the arrest of a man accused of threatening the Saskatchewan premier and the province's chief medical health officer.

Tobechi Okwuonu was scheduled to appear for his trial today at provincial court in Regina on two charges of uttering threats, but he didn't show up.

The accused is representing himself.

Crown counsel Aaron Fritzler told the court he's had some contact with the accused where they discussed the trial date and a possible adjournment, but says he told Okwuono he is still expected in court.

Regina police charged Okwuono in October and have accused him of sending an email that allegedly threatened the lives and safety of an elected official and an official with the Saskatchewan Ministry of Health.

At the time, a spokesperson for the premier's office said those who got the threatening emails were Premier Scott Moe and Saskatchewan's chief medical health officer, Dr. Saqib Shahab.