Burning of the Brand, Canadian alpaca fibers on full display at Agribition

Burning of the Brand, Canadian alpaca fibers on full display at Agribition

The Burning of the Brand marked the return of Canadian Western Agribition in Regina on Monday morning.

The week-long event will feature events for all ages and is located throughout REAL District.

“The atmosphere around here is infectious,” Kindopp said. “We are excited to be back again, Mother Nature did not want to cooperate with us, but if there is one group of people that are going to be resilient it is the people of Saskatchewan.”

Among the many activities is one called alpaca fleece judging, where alpaca fibers from all over the country are submitted and judged on their look and quality.

Kelsey Kaban owns a livestock farm in Esterhazy and has owned alpacas since 2017. 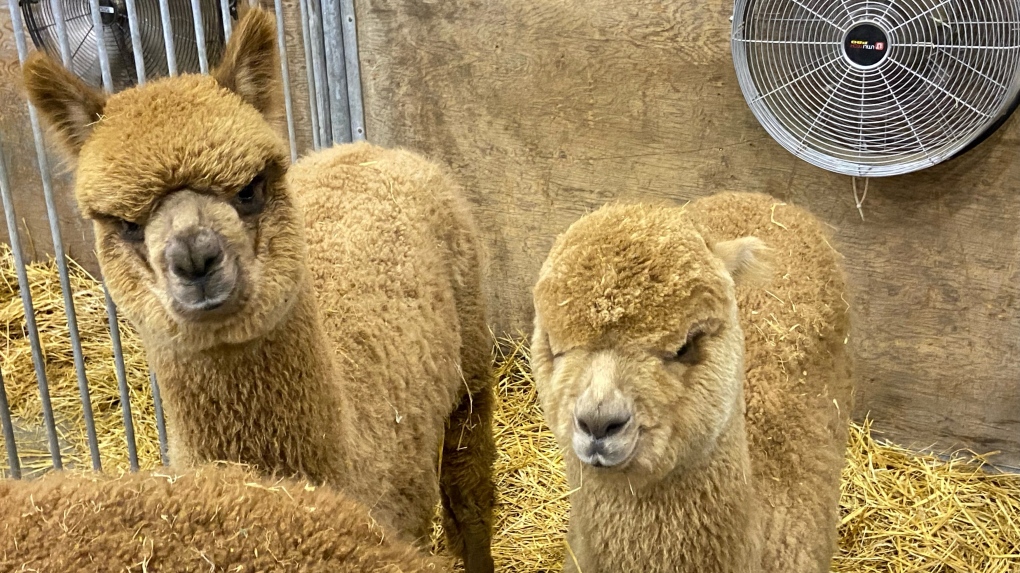 Alpacas are seen in this image. (LukeSimard/CTVNews)

She said owning the animals have many benefits.

Kaban also said the wool is highly sought after and sustainable as the fiber grows back every year.

“The nice thing about them [alpacas] is they'll continue to do that throughout their lifespan, so we don't have to worry about retiring them out or anything like that,” Kaban said. “When they get older, we can still make product.”

Amanda VandenBosch has been judging alpaca fibers for over 30 years.

On an international scale, she said Canadian breeders produce a high quality.

Alpaca fibre also has water-wicking abilities and is flame resistant. 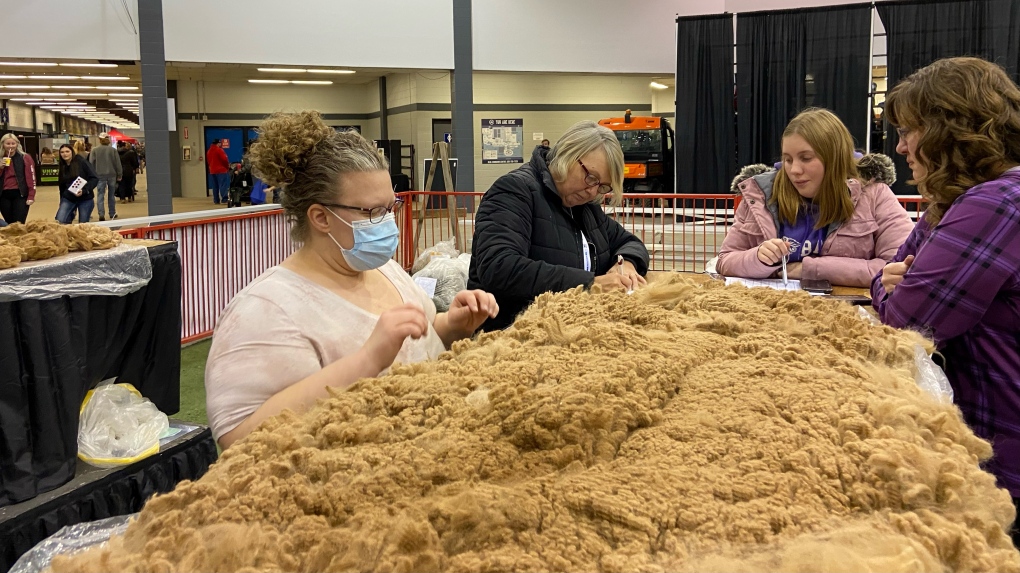 The fibre can also be worn in cold and warm climates making it a marketable product in North America, South America and Europe.

Breeders are paying attention to those qualities that make the fiber so now you are starting to see a lot more alpaca and alpaca products on the market,” VandenBosch said.

Kaban and VandenBosch credit Canadian Western Agribition for being part of the reason alpaca fiber is becoming more popular.

A young Black woman who resisted her own enslavement in Queenston, Upper Canada, in the late 18th century is being honoured by Canada Post.

Economy grew by 0.1 per cent in November, Statistics Canada says

Statistics Canada says the economy grew by 0.1 per cent in November.

A suicide bombing that struck inside a mosque at a police and government compound in northwest Pakistan reflects 'security lapses,' current and former officials said as the death toll from the devastating blast climbed to 100 on Tuesday.

Cindy Williams, who was among the most recognizable stars in America in the 1970s and 80s for her role as Shirley opposite Penny Marshall's Laverne on the beloved sitcom 'Laverne & Shirley,' has died, her family said Monday.

Canada's financial intelligence agency is stepping up the fight against the illicit wildlife trade by taking aim at the criminals who reap big profits from the global racket.

A Russian company said it will offer five million roubles (US$72,000) in cash to the first soldiers who destroy or capture western-made tanks in Ukraine, after the Kremlin vowed Russian forces would wipe out any Western tanks shipped to Ukraine.