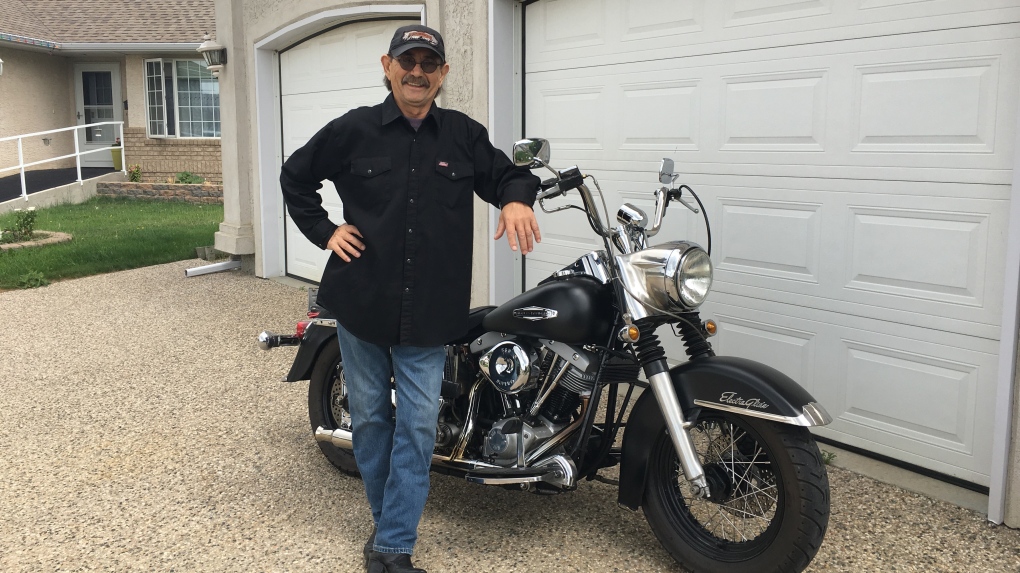 Don Fueller, is a member of the group Riders Against Government Exploitation (RAGE), poses in front of one of his motorcycles. (Taylor Rattray/CTV News Regina)
REGINA -

Don Fuller has been riding motorcycles for five decades, and is a member of the group Riders Against Government Exploitation (RAGE). He said it already costs him about $3,000 per year to license a motorcycle, and that is expected to increase by 10 per cent.

“It’s just beyond the affordability of most peoples’ wallets anymore,” said Fuller.

SGI is proposing changes to auto insurance rates, to ensure each vehicle is paying enough to cover the cost of expected insurance claims for that vehicle, should a collision occur. Each customers rate change depends on the type of vehicle they own. For most motorcyclists, that means an increase.

THE INCREASED RATE FOR MOTORCYCLISTS

According to SGI, there is currently is a shortfall between what’s being paid into the Auto Fund by motorcyclists and the amount paid out in claims. The proposed increase would bring rates closer to the the amount needed to cover claims and expenses.

Because the proposed increase is still before the Saskatchewan Rate Review Panel, SGI declined to comment on camera. In a statement, the crown corporation said, “The cost to fix or repair the motorcycle is a fraction of the total cost of a typical motorcycle crash. Most of the premiums motorcycle owners are paying goes to providing benefits to riders injured in collisions, accounting for more than 75 [per cent] of motorcycle claim costs.”

According to SGI, riders are more likely to be seriously injured in a collision, than those involved in a vehicle crash, because of the lack of occupant protection. The average cost for a motorcycle injury claim is $90,000, compared to $22,000 for a private passenger vehicle injury claim.

Prior to 2012, SGI said motorcyclists were not paying enough insurance to cover the cost of motorcycle insurance claims. As a result, insurance rates were increased for motorcyclists.

“Since 2013, Saskatchewan motorcyclists have been paying (among) the highest rates in, not only Canada, but North America,” said Fuller. “SGI continues to raise rates, instead of dealing with the actual problem of licensing and safety.”

At that time, SGI also began working with the motorcycle community to look for ways to reduce collisions and manage their insurance costs. SGI said after the review collisions decreased to a point where insurance premiums collected were sufficient to pay claims. However, with fewer motorcyclists purchasing year-long insurance, combined with an increase in collisions, the gap has returned.

“The more they increase rates, the remaining long-term licensing population is going to go over to (short-term) permits as well,” said Fuller.

SGI said those with concerns about the increase are encouraged to reach out to the Saskatchewan Rate Review Panel.

If approved, rate changes would take effect on Jan. 21, 2022. SGI said all changes will be capped to reduce rate shock for customers.

It's been 25 years since Saskatchewan's last residential school closed, but some are still healing.

When Dan Fine returned from his first trip volunteering at animal shelters on the Polish-Ukrainian border in late April, he immediately felt compelled to return to continue helping pets that have been left behind in the war.