Police searching for suspects after ATM stolen from Sask. bank 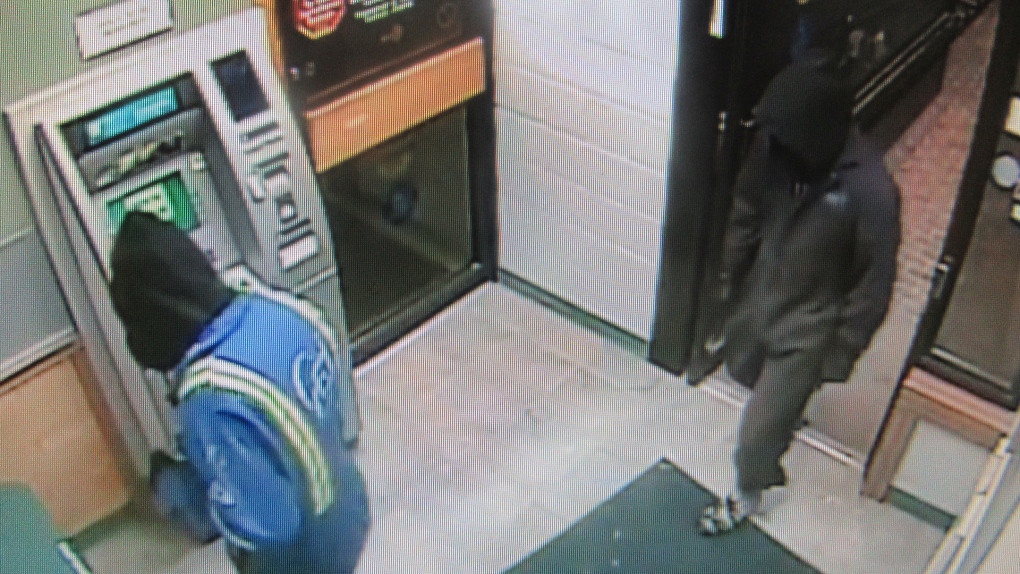 Police have released this image of suspects in the attempted theft of an ATM from Lumsden, Sask. (CREDIT: RCMP)

Mounties are investing after a theft and an attempted theft of ATMs from two banks in Saskatchewan.

The attempted theft happened early Sunday morning from a bank on James Street in Lumsden, Sask.

Police say two or three suspects used a pick-up truck to try to remove the ATM when they were spotted by an off-duty police officer. The suspects left the scene in the truck in an unknown direction.

One of the suspects was dressed in dark clothing with a hood up; another was wearing blue work coveralls and a hood. The truck is described as a mid-90s to 2006 red Dodge pick-up truck with lights on top of the windshield. No license plate information is available.

On Monday, RCMP in Broadview, Sask. was dispatched to an alarm coming from a bank. When they arrived, they found the ATM had been removed from the lobby of the bank.

Based on security footage, police say the suspects were wearing blue coveralls with reflective markings, hoodies, baseball caps and gloves. One of the suspects had a logo of “TNT” printed on the back and front of their coveralls. Both suspects had their faces covered.

Anyone with information about either incident is asked to call RCMP or Crime Stoppers at 1-800-222-8477.