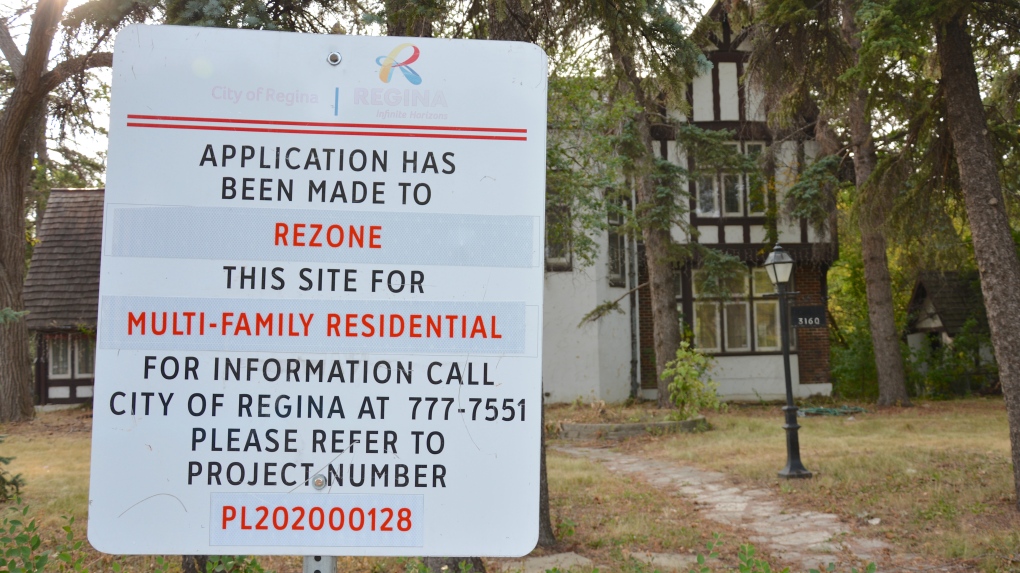 If approved, the proposal would see the Cook Residence, located at the corner of Albert Street and Hill Avenue, turned into 16 residential units. (Jeremy Simes/CTV Regina)

REGINA -- The owners of one of Regina’s notable historic homes are taking another swing at developing the site into condo suites.

If approved, the proposal would see the Cook Residence, located at the corner of Albert Street and Hill Avenue, turned into 16 residential units.

This appears to be the owners' second attempt at developing the home. The owners are Carmen Lien and Adriana Gourgaris.

Initially, they wanted it demolished, but city council saved it from the wrecking ball by designating it as a heritage home.

“They are universally opposed. There is strong opposition in this neighbourhood,” said City Coun. Bob Hawkins, who represents the Lakeview neighbourhood. 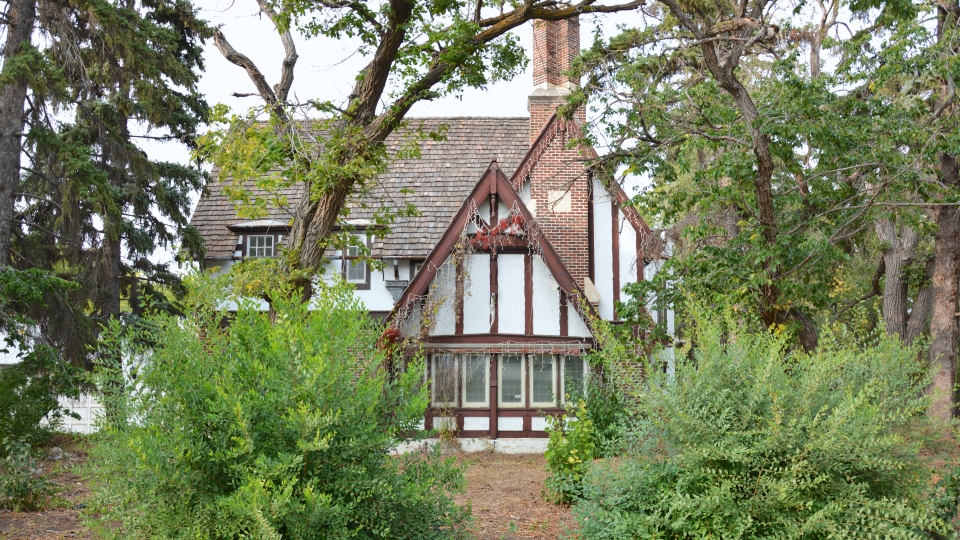 The Cook Residence was built in 1923. (Jeremy Simes/CTV Regina)

The owners are requesting the city re-zone the land to accommodate the condo development.

If it goes ahead, the facade would be restored and built into the newer portion of the building.

The proposal would keep the front facing facade of the building. (City of Regina documents)

Still, heritage advocates and many in the community say it’s worth saving.

In fact, a local Regina philanthropist has said they attempted to buy the home, pledging to restore it, but their offer was declined.

“The simple fact that it costs money is not sufficient to have the heritage home destroyed,” Hawkins said. “If that were the case, there would be no heritage homes left.”

Jackie Schmidt, the president of Heritage Regina, said the organization supports the conservation of heritage homes.

She said the house is typical in that it needs repairs, but it has stood the test of time.

“I would wish there is an owner that wants to conserve it,” she said.

Hawkins said he would like the home restored and kept up in a way that honours its heritage.

“Preserving heritage is important for honouring values of people who helped build this city and transmitting that history to future generations,” he said. “This house in an important part of that.”

Residents can have their say on the proposed development at a virtual city meeting. The meeting can be accessed by visiting regina.ca/3160albert.