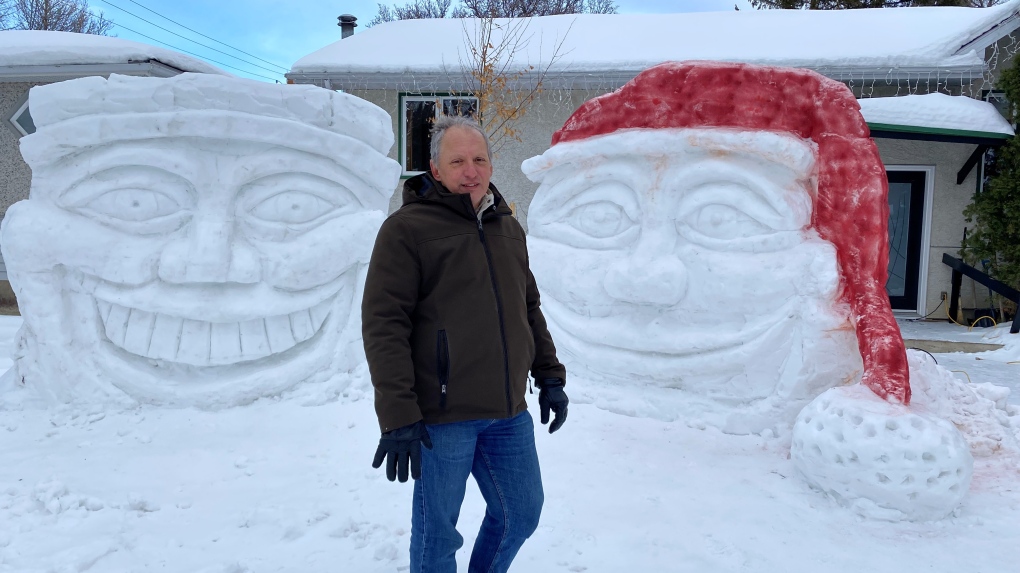 Two giant snow sculptures have taken over the front yard of a south Regina home.

Bron Nurkowski is used to building sculptures made of sand on tropical beaches in January, but travel restrictions have forced him to turn to snow for his creative projects.

Nurkowski is an architect by profession and loves to build things with his hands. He created two enormous heads on his front lawn in Lakeview.

He does it for fun and hopes the snow sculptures inspire and challenge others to have fun outdoors during the long cold winter. 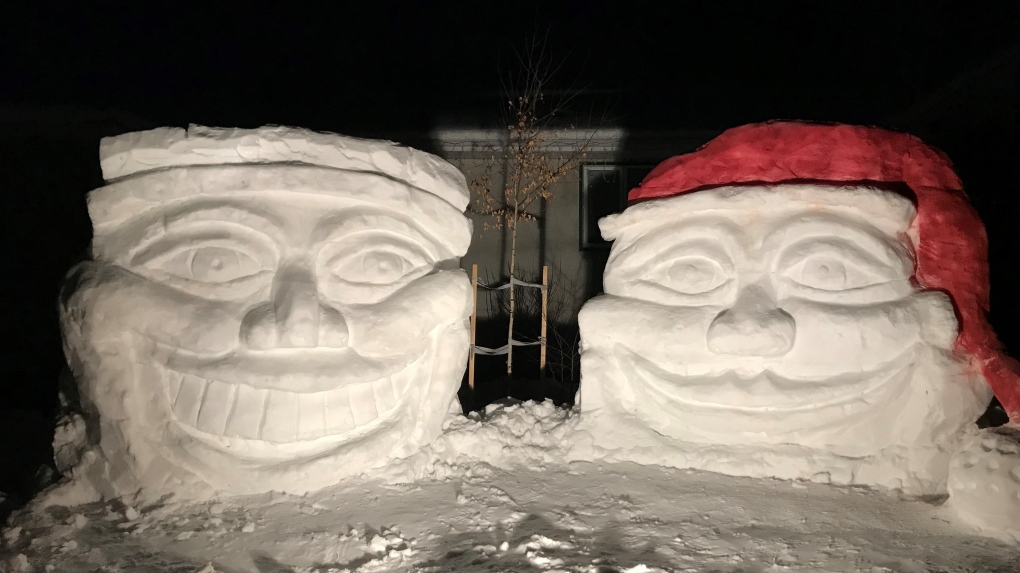 The two sculptures are seen at night. (Courtesy: Bron Nurkowski)

Nurkowski has named the two heads after his sons, Ben and Josh. He said he is aware his art is temporary.

“I think last year’s lasted till the beginning of March, slowly started to deteriorate. So I’ll keep it going as long as I can, just make people smile as they walk by,” Nurkowski said.

It took Nurkowski about 12 hours to create the two heads. He’s already looking ahead, and thinking of ideas for next winter.

A day after Maple Leafs star Mitch Marner was robbed of his Range Rover at gunpoint outside an Etobicoke movie theatre, Toronto police said they have already seen more carjackings so far this year than they did in all of 2021.

Many Canadians feel gun violence getting worse in their communities: poll

Many Canadians say gun violence is increasing in the communities they live in, with residents in major cities and the country's largest provinces mostly reporting such views, according to a new survey from the Angus Reid Institute.

OPINION | Don Martin: Ford on cruise control to victory in Ontario while Alberta votes on killing Kenney as UPC leader

It's becoming a make-or-break week for two Conservative premiers as their futures pivot on a pair of defining moments, writes Don Martin in an exclusive opinion column for CTVNews.ca.

U.S. authorities on Monday announced the discovery of a major drug smuggling tunnel -- running about the length of a six football fields -- from Mexico to a warehouse in an industrial area in the U.S.