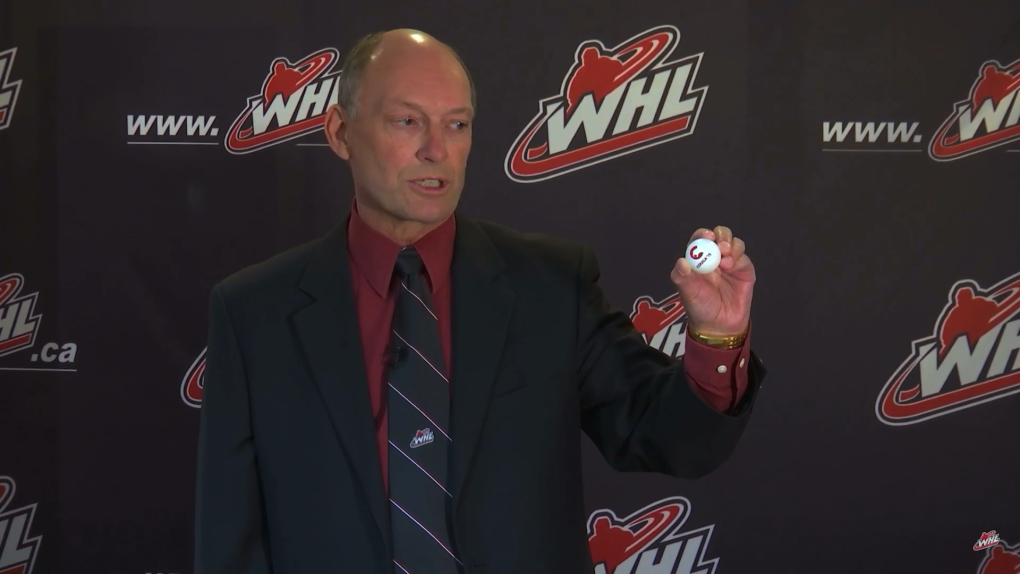 The Regina Pats will pick first overall in the WHL's Bantam Draft after a lottery on March 25 (Courtesy: WHL)

REGINA -- The Regina Pats will have the first overall pick in the 2020 The Western Hockey League (WHL) Bantam Draft.

The WHL held a Bantam Draft lottery Wednesday morning. The Prince George Cougars moved up from the fourth spot to the second spot, and the Pats retain the first overall pick.

It’s an exceptional year to be drafting first overall in the WHL. On Tuesday night, B.C. Hockey announced that Connor Bedard would be granted exceptional player status and be eligible for the draft as a 15-year-old. It’s the first time in history the exemption has been made for a player in the WHL. Bedard is only the seventh player in Canadian Hockey League history to be given the exemption.

"The player that we are going to choose, Connor Bedard, was granted exceptional status. He’s a tremendous player and I think when it’s the first time it’s going to create a lot of buzz for us as a team and as an organization," John Paddocksaid. "I would say it’s sort of the price we paid the last couple years, trying to win a couple years in a row before. Things don’t always turn out how you want them, we know that in life and sports, but this is what we were hoping for and it worked out."

The Pats will also pick twice in the second round and three times in the fourth round of the WHL Bantam draft, which will take place April 22.