The Regina Police Service (RPS) released its final crime statistics report for 2022, shedding light on the crime trends in the city for 2022. Overall, crimes against persons were down slightly compared to 2021, while property crimes were up.

In 2021, RPS investigated 2,991 crimes against persons, including 15 homicides. In the past year, that number dipped slightly, by four per cent, to 2,872 investigations.

“It’s been positive we came through 2022 with a reduction in crimes against a person,” said Chief Evan Bray.

“Those are the serious crimes. Even though the reduction is only four per cent, it is still a significant number when you look at the number of people who were not victimized compared to the year before.” 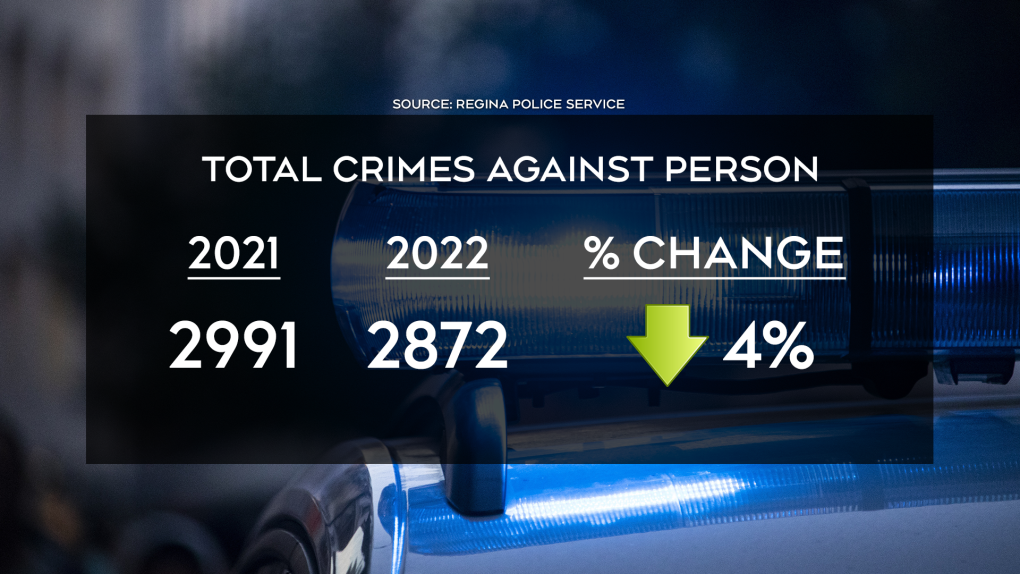 According to crime stats reports, there were no homicides in Regina in November or December; the last investigation was opened on Oct. 26 2022. Just seven occurred during the full year, a decrease of over 50 per cent.

Chief Bray said it is tough to prevent homicides but the reduction is still a good thing.

“We can’t ignore the fact we still have significant social problems and we have to keep our foot on the gas pedal on those,” he said. 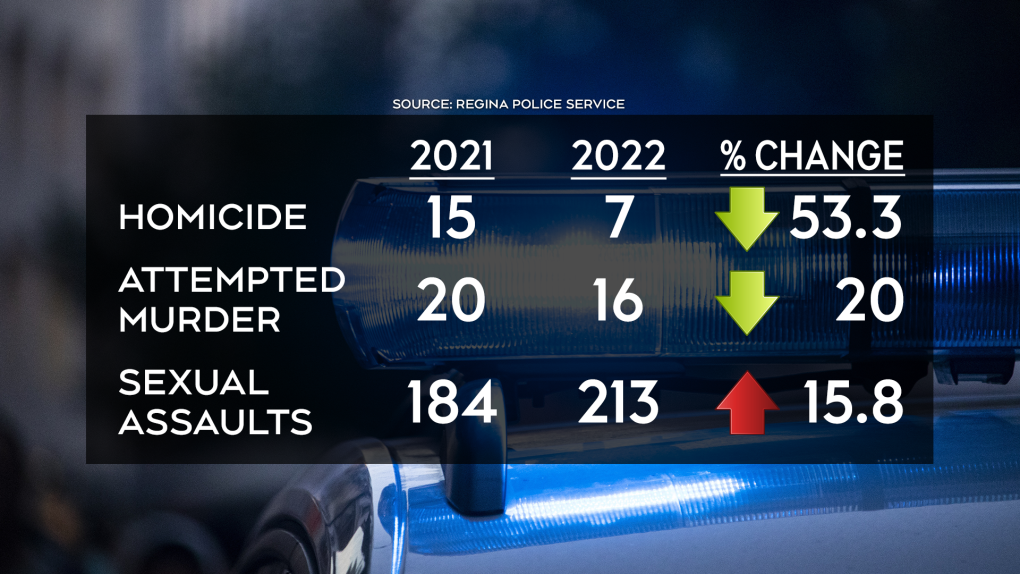 Where crimes against persons did see an increase, it was in the number of sexual assaults. For the year, RPS reported 213 cases. This was an increase of 29 compared to 2021, which saw 184 reported cases.

During the Board of Police Commissioners meeting Tuesday, Bray said the increase is in large part due to the increase of reports, adding that individuals are more comfortable to come forward to police when they are sexually assaulted.

Over 11,000 crimes against property were reported to RPS in 2022. These crimes amount to break and enters of homes or businesses, thefts of motor vehicles or shoplifting. 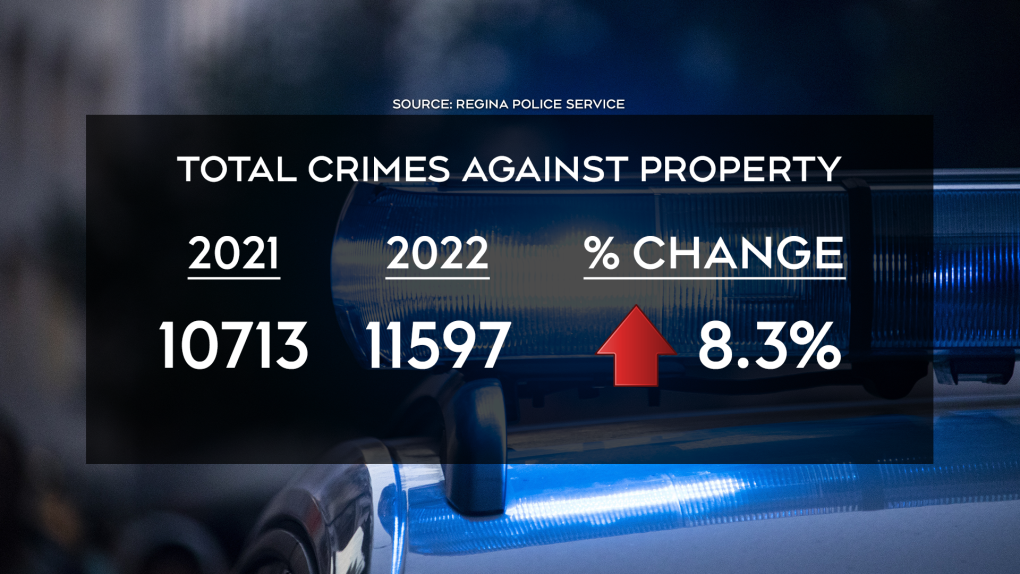 “I think we’re still feeling the effects of COVID-19,” said Regina Mayor Sandra Masters. “If we’re seeing an uptick in that, is that going to be a trend line that continues?”

Chief Bray pointed to a rise in minor thefts being the cause for over eight per cent rise in property crime, like individuals breaking into cars to steal around $50 worth of items.

“I’m not trying to minimize it,” he said. “But when repeated and we have numerous of those happening in a night or during the day, when you put it all together, it drives that number up significantly.”

Regina Police, in collaboration with Regina Fire and Protective Services, investigated 346 cases of arson in 2022. This increased nearly 10 per cent from the year previous, which RPS investigated 315.

Masters said the city is going to work this year to mitigate the problem.

“I’m encouraged that the city manager has it on her radar this year to actually get some of those properties through the process of taking possession and knocking them down,” she said. “I would rather a vacant lot than a vacant, boarded up, building.”

Regina crossed over 100 overdose deaths for the year in October. In the final two months of 2022, another 16 apparent deaths occurred, totalling 118 for the year.

“In 2020, we saw the first significant increase in the number of overdoses in our community and we knew it was directly related to fentanyl,” said Bray. “In 2021, because of the effects of the pandemic, that number rose significantly.”

There was a decrease in the number of overdoses in 2022, the first time in three years. Overdoses were down from 164 a year prior, which is a 28 per cent decrease.

“Although that number is coming down, it’s similar to that of 2020, which was an alarming number,” said Bray. “While we saw a reduction, I think we’re far from calling it a success.”

The Regina Board of Police Commissioners appointed Jada Yee as its first civilian chair.

Yee was elected to the commission in 2019 and has been an advocate for the board to have a civilian chair since.

Yee is both a member of the Chinese and Indigenous communities through Wood Mountain Lakota Nation. He hoped to be a voice for marginalized groups who have a different view of police than other community groups.

“We have communities inside communities,” he said. “I want to start having respectful dialogue with new immigrants, LGBTQ2S+, Indigenous. I want to hear from members of those communities to improve dialogue but also for them to understand their voices are heard and there is advocates for them on the commission.”