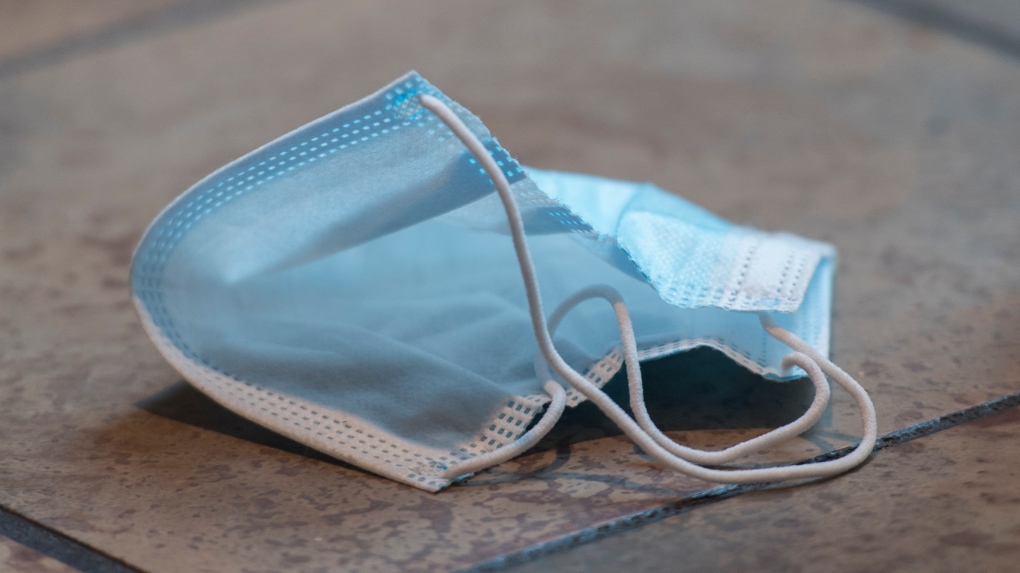 A discarded face mask is shown on the floor of a foodcourt in a shopping mall in Montreal, Saturday, July 18, 2020 (Photo: The Canadian Press/Graham Hughes)

REGINA -- With three weeks remaining before class is back in session, school divisions across Saskatchewan are working to figure out how to get students and staff back safely.

Both Regina Public and Catholic school divisions are making masks mandatory for students grades 4-12. They are also strongly recommended for pre-kindergarten to grade three.

“Planning has been excruciating in every way that word is defined,” Terry Lazarou, Supervisor of Communications with Regina Public Schools, said. “It’s been very difficult to plan because this is a moving target. It isn’t only that this is something the school divisions have never had to deal with on such a large scale, but it’s also that guidelines continue to change.”

“We’re confident that we can open schools as safely as we possibly can under the guidelines,” Lazarou said.

The Catholic School Division made its decision after consulting with infectious disease experts.

“Masking is part of reducing the risk to our students, our staff and all of their families,” said Twylla West, RCSD media coordinator, in an email to CTV News Regina.

Regina Public Schools continue to work on finalizing their return-to-school plan and expect parents will receive more details from their respective schools in the coming weeks.

“We’re basically taking our time sharing the back-to-school plans because as recently as this morning, we’re still updating them, we’re still working on them,” Lazarou said.

With the school year quickly approaching, the Saskatchewan Teachers Federation (STF) says educators are worried about returning to their classrooms.

“We should be having strong measures right from the start and then on the assumption that we see numbers stay very low, then we can start to scale them back at that point,” STF President Patrick Maze said.

Maze would like to see temperature checks mandated by the government, but added extra resources would be need to accomplish that.

“As long as we’ve got these mixed messages of suggestions and maybe do this, maybe do that, a lot of time the default due to financial pressures or due to lack of staff, and lack of time now, the default is going to be just to do nothing.”

The Saskatchewan NDP says too much is being left up to chance.

“I can’t imagine how difficult this is for school principals and school boards right now, who are just scrambling trying to make sense of the minister’s press conferences, but also trying to put a plan in place that will keep students and staff as safe as possible,” NDP Education Critic Carla Beck said.

Both the STF and NDP stopped short of calling for the start of the school year to be delayed, which has been done in British Columbia, but said it’s something that needs to be considered if a more clear plan can’t be put in place.

“Time is tight and answers are few and teachers are very stressed right now and parents are too I’m hearing,” said Maze, who added he’s received hundreds of emails from teachers concerned about heading back to class.

School starts in Regina on Sept. 1 at Regina Public Schools and on Sept. 3 in the Regina Catholic School Division.