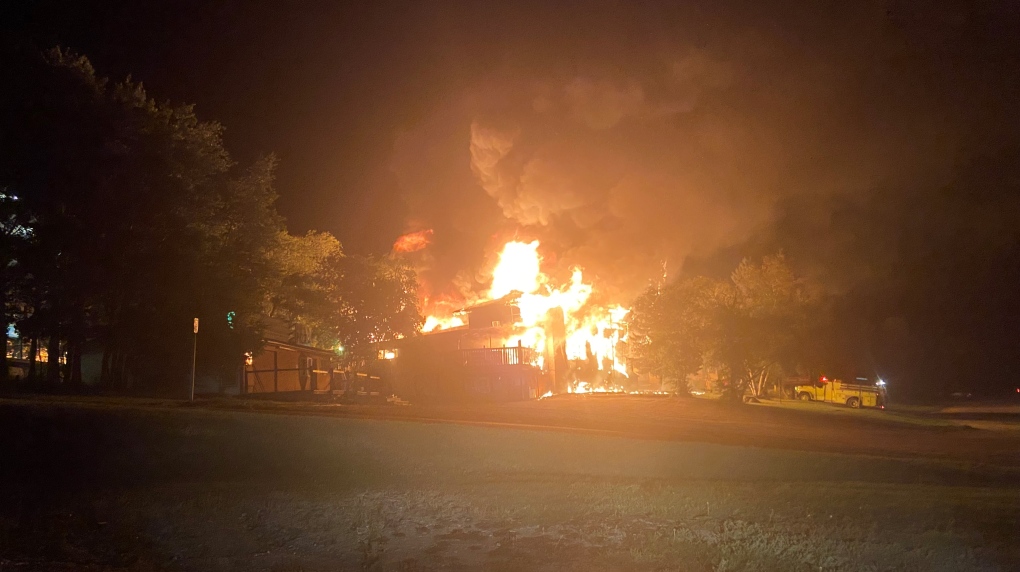 The Moosehead Inn in Kenosee Lake was destroyed in a fire on September 10, 2021. (Courtesy: Dale Orsted)
KENOSEE LAKE, SASK. -

The Moosehead Inn in Kenosee Lake, Sask. was completely destroyed by a fire on Friday night.

Owner Dale Orsted told CTV News that the blaze broke out around 11:30 p.m., but the cause has not yet been confirmed.

The 50-year-old business was a well known meeting spot in southeastern Saskatchewan.

“I feel bad for my family – that’s their livelihood – my workers and all the smiling people that come and dance and have so much fun,” Orsted said. 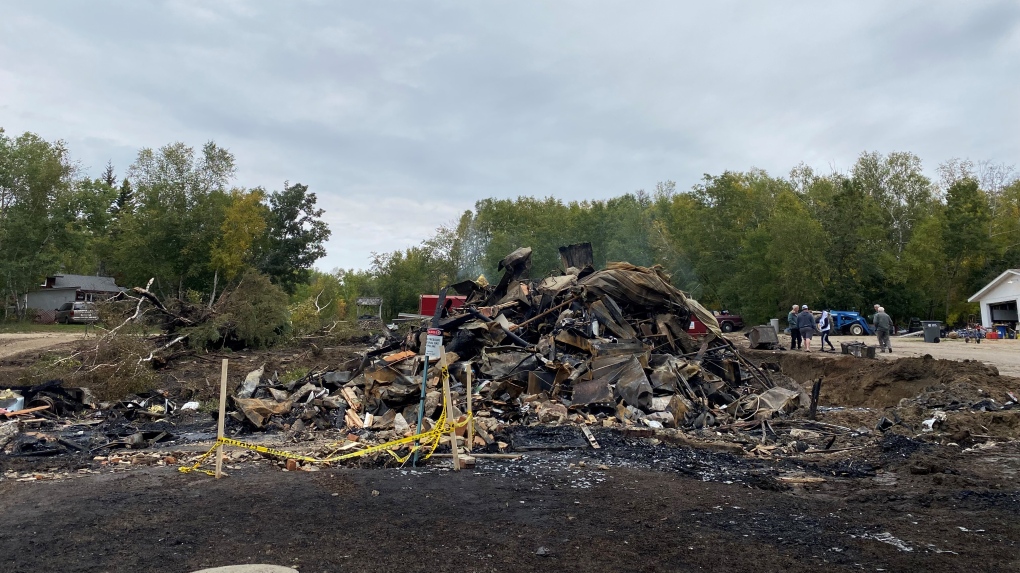 A pile of debris is left where the Moosehead Inn once stood, following a fire. (Hafsa Arif/CTV News)

Originally built in 1961 – the inn was known for its ghost stories, dancing and famous Moosehead pizza. The main floor was a steakhouse restaurant, while the second floor included a night club and cabaret.

“It was a never ending party you know, and a lot of good memories. Sad to see it go. It was a big thing for Kenosee,” Orsted said.

The business struggled to stay afloat throughout the year due to pressures created by the pandemic. It reopened its doors three months ago.

With no income coming in during the pandemic, Orsted said he was forced to make the tough decision not to repurchase insurance for the inn.

“I talked to an insurance company on Tuesday and I said ‘all I want is fire insurance and don’t worry about the add-ons,’ but [I] took the gamble and I lost,” Orsted said.

Orsted said he will clean up the property with the intention to sell it. He said he does not have plans to rebuild.

Crews were able to get the fire completely put out around 11 a.m. on Saturday.

[an error occurred while processing this directive]