REGINA -- Saskatchewan is currently leading the country in active cases per 100,000 people.

If the numbers don’t start trending down, the province may be looking at tighter public health measures, according to the Chief Medical Health Officer.

"This is really a critical time for us to really try to bring our numbers down, just the way we did in December," Dr. Saqib Shahab said during Thursday’s provincial COVID-19 update where he provided an update on Saskatchewan’s modelling data.

Expectedly, Saskatchewan is seeing some of its worst numbers in its two major cities, but the North and Far North regions are the main areas of concern at the moment. 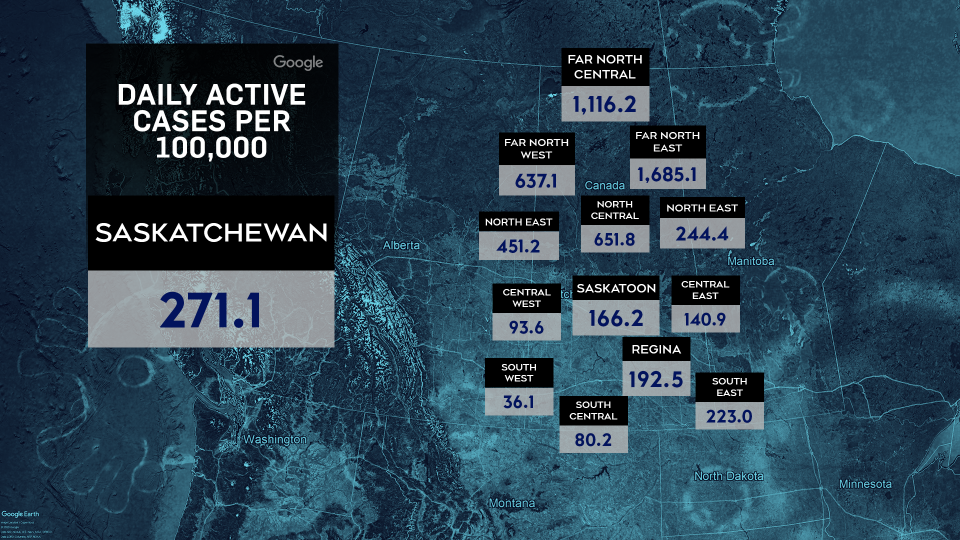 Those regions are also seeing test positivity rates over 20 and as high as 31.3 per cent in the Far North Central.

Dr. Shahab said this may be the result of living conditions.

In cases from Jan. 4-10, household exposure remains the highest source of known exposures, however, 85 per cent of Saskatchewan’s cases last week had an unknown or pending exposure.

There is good news though, the number of close contacts per case have dropped since the last modelling data presented in early December, before the current public health measures were put in place. 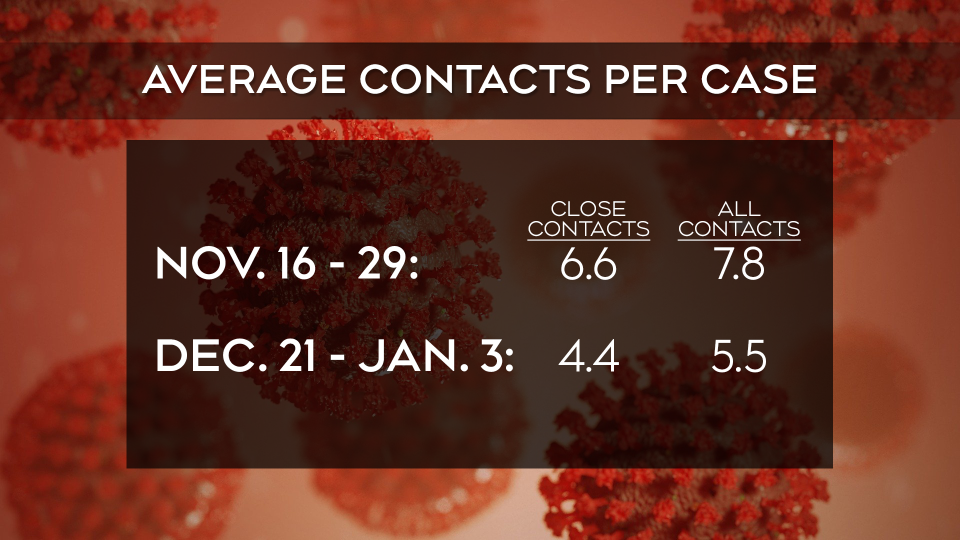 Saskatchewan’s hospitalization rate continues to rise, going from 3.8 per cent on Dec. 1 to 4.1 per cent on Jan. 7. However, that remains lower than the national rate of 6.1 per cent.

"Our healthcare system is at its most fragile point during the pandemic," Scott Livingstone, CEO of the Saskatchewan Health Authority, said. "This is why we need the public, more than ever, to double down on their efforts to help support the system to be able to deliver for the people of this province."

There are currently 206 people receiving treatment for COVID-19 in hospital, which is an all-time high for the province. Currently, 95 per cent of Saskatchewan’s ICU beds are full with COVID-19 patients accounting for 34 per cent of that.