Sask. constituency borders to be redrawn based on census data 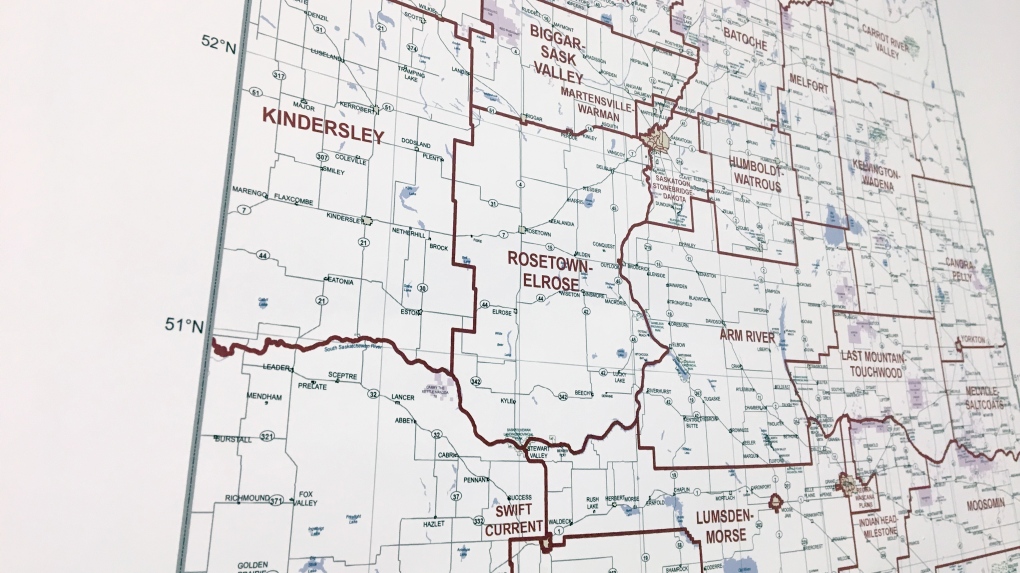 A portion of an Elections Saskatchewan map shows several constituencies across the province. (Kevin Menz/CTV Saskatoon.)

Saskatchewan’s constituency borders will be redrawn by a newly appointed commission.

The Constituency Boundaries Commission is appointed every 10 years to ensure each constituency has roughly the same number of voters, following the release of census data.

"This is an important task to ensure fairness in our democratic system," Saskatchewan Premier Scott Moe said.

"Saskatchewan's population has grown by nearly 100,000 people in the past 10 years, and some parts of the province have grown faster than others, so the boundaries need to be adjusted to ensure equality and fairness."

The commission is charged with preparing an interim report and map of new constituency borders within three months. It will then hold public hearings for feedback.

A final report and map will be issued within six months.

The members of the commission will be Justice Donald Layh (chairperson), Joe Donlevy, former Chief of Staff to the Premier, and Frank Quennell, former Minister of Justice.

A former police officer, the 86-year-old mother of Buffalo's former fire commissioner, and a grandmother who fed the needy for decades were among those killed in a racist attack by a gunman on Saturday in a Buffalo grocery store. Three people were also wounded.

Facing daily instances of violence and abuse, gender diverse people in the Canadian prison system say they are forced to take measures into their own hands to secure their safety.