Sask. First Nation votes to accept $150M settlement from the Government of Canada 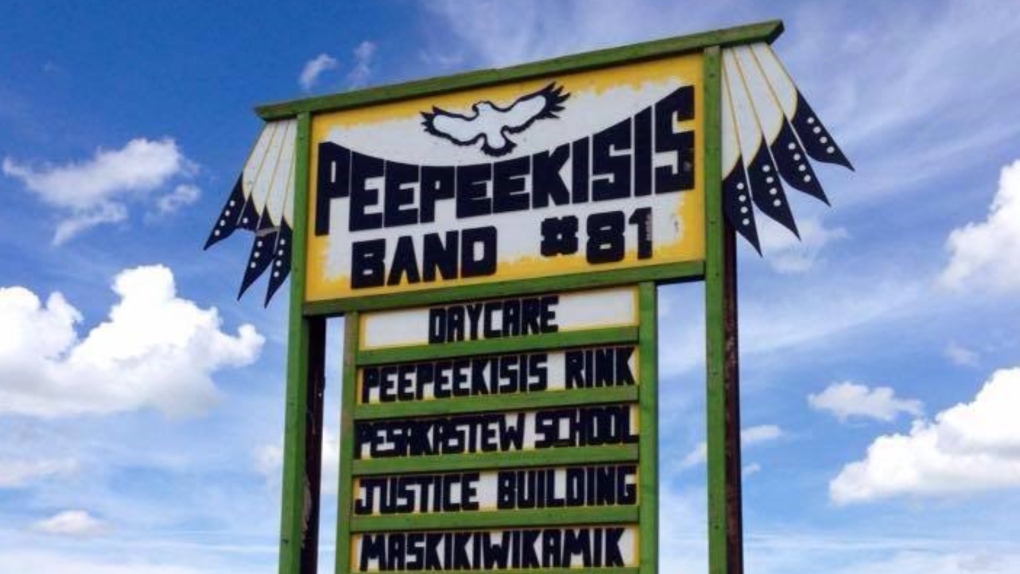 The Peepeekisis Cree Nation sign is seen in this undated image. (CTV News)

REGINA -- Peepeekisis Cree Nation has voted in favour of ratifying a $150 million settlement with the Government of Canada, for a land claim that has been in the works for more than 35 years.

“Great day for our nation,” Peepeekisis Headman Colin Stonechild said. “118 years later. We had a unanimous vote in favour of accepting the $150 million from Canada for the File Hills colony scheme. I want to thank all our past leaders that  worked on this, and our negotiating team.”

Members voted for or against the settlement on Friday at the First Nation, or by mail-in ballot.

With a total of 1,142 ballots cast, 1,113 voted in favour of accepting the settlement, according to Chief Frank Deiter.

In an interview with CTV News in November, Deiter said the land claim was originally submitted in 1986 by former Chief Enock Poitras. He said it was shut down twice by the federal government and twice by the courts.

The band restarted the legal process in 2017. The Cree Nation then received the $150 million settlement letter of offer from the Government of Canada on Nov. 6, 2020.

“The claim involves compensation for the mismanagement by Canada of Peepeekisis reserve lands,” the First Nation said in a news release in November. “This Settlement Agreement will allow the Nation to make significant community investments.”

In addition to monetary compensation, the settlement offer includes the creation of a community trust for the management of the settlement funds, the ability for Peepeekisis to acquire additional lands and a formal statement of Reconciliation.

According to ‘File Hills Colony: A Failed Experiment’ the most promising Indigenous graduates of the industrial schools were brought to the colony.

The boys could then choose an 80-acre farm in the colony, to work under the supervision of the government farm inspector. The girls were taught to be farmwives or housekeepers.

The colony closed in the mid-1930s. Starting in 1945, band members began to challenge the fact that industrial school graduates from other reserves had been transferred land from original Peepeekisis Cree Nation members.