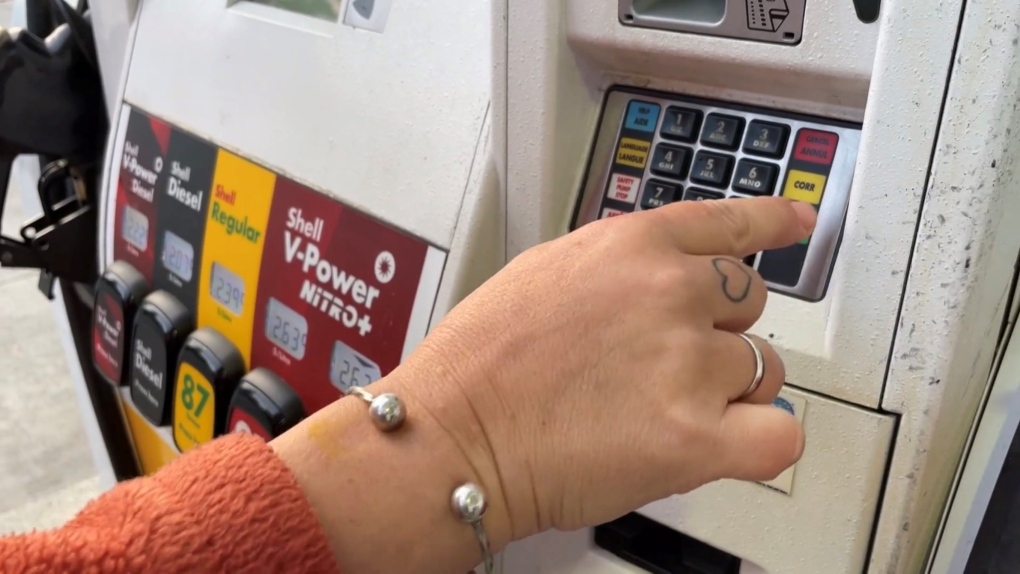 The Government of Saskatchewan is standing by its decision not to remove or reduce the provincial fuel tax, as the debate around affordability continued in the legislature on Thursday.

Currently, the tax costs Saskatchewan residents an additional 15 cents per litre on gasoline and diesel fuel.

The Saskatchewan Affordability Tax Credit (SATC) – which sent $500 cheques out to residents – is the government’s alternative to removing the fuel tax, according to Finance Minister Donna Harpauer.

“We have come forward with a $450 million initiative, that is the $500 cheques that is the affordability assistance that we wanted to give to our citizens here in Saskatchewan,” Harpauer said Thursday.

“We chose that instead of foregoing the gas tax.”

The minister said the fuel tax affects Saskatchewan families in different ways, depending on how much they have to drive.

“Whereas the $500 allows them to apply that to whatever their pressures are,” she said.

Provincial fuel taxes have been a hot topic in governments across Canada as consumers continue to deal with rising prices. Alberta partially reinstated its fuel tax at the start of October, after completely removing the cost at the pump earlier this year.

Ontario announced it would be extending its gas tax cut until the end of 2023.

“We are in a generational cost of living crisis,” Young said in an interview Thursday.

“Since March, we have been calling for affordability measures: reducing the cost of gasoline, rebating some of our windfall resource revenues to families.”

Harpauer said that a removed or reduced fuel tax would impact how much money was available for the SATC initiative.

“If we have $450 million available to share with Saskatchewan residents, then it would have to reduce the cheque and put it on the gas,” Harpauer said.

While the government projected a revenue surplus for the fiscal year due to natural resource prices, Harpauer said that money would not be an option to subsidize the lost revenue if the fuel tax was removed, as it is being used for other ongoing cost saving initiatives.

Young noted utility rate hikes that were passed or proposed in the past year as further added costs for Saskatchewan residents.

SaskEnergy also filed a proposed rate hike with the Saskatchewan Rate Review Panel that would increase costs 16.8 per cent in its first year.

“This is a government that has record revenues at the moment from resources revenues and Putin’s unforgiveable invasion of Ukraine, and also has Crown corporations at their disposal,” Young said.

“Instead what we’ve seen is a government who is not making life more affordable, but is taking dividends from the Crowns, and instead passing on costs to families.”

Don Morgan, the Minister responsible for SaskEnergy, said the rate hike will be presented to cabinet before a final decision is made. The minister said he expects to receive the recommendation in mid-December.

Morgan said the two sides to consider are the affordability for the individual and maintaining a competitive environment for businesses the province wants to attract.