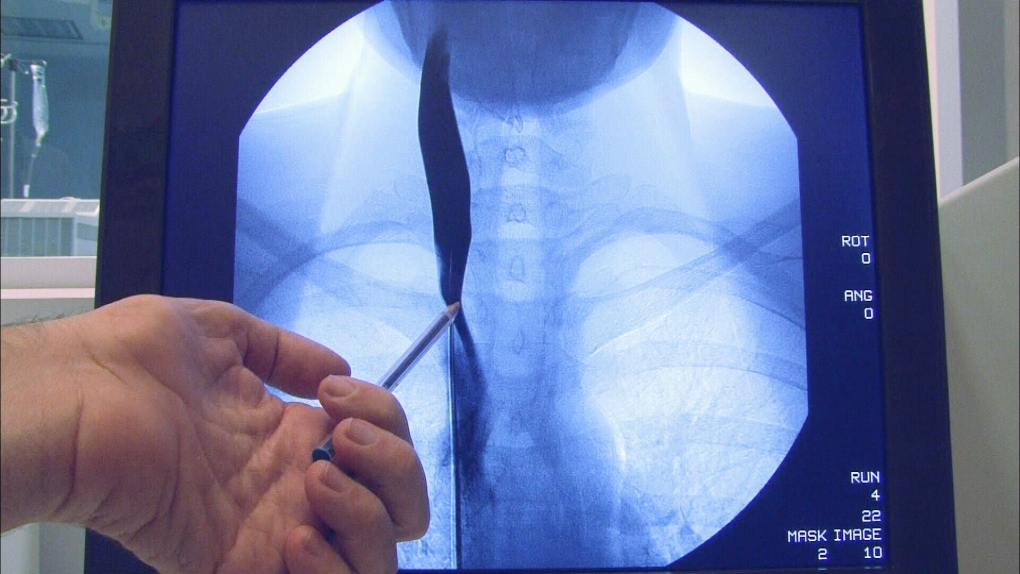 Saskatchewan’s health minister says the province won’t be deterred by a new study that found the narrowing of the veins leading from the brain is just as prevalent in patients with Multiple Sclerosis as in people without the disease.

Dustin Duncan says the findings of the study don’t necessarily debunk the efficacy of the liberation treatment for MS.

“I don’t think the information, the evidence, is conclusive to this point,” Duncan told reporters Wednesday. “We want to still be involved with the research.”

The study, funded by the MS Society of Canada and led by Dr. Anthony Traboulsee of the University of British Columbia, calls into question the controversial theory that MS is caused by or associated with CCSVI, or chronic cerebrospinal venous insufficiency.

Researchers used ultrasound to examine the veins of 79 people with MS, as well as a procedure called catheter venography. They also looked at the veins of 55 people who were siblingsof the patients, as well as 43 unrelated healthy volunteers.

They say they found that at least two-thirds of the 79 MS patients and the two groups of healthy volunteers had veins that narrowed by at least 50 per cent. The differences in rates of venous narrowing between the groups were not statistically significant.

“Dr. Traboulsee, who was the lead of the study, has even indicated that there’s still some unanswered questions of why some people do respond well symptomatically after having the liberation therapy,” Duncan said.

Last month, the Saskatchewan government announced that a clinical trial into liberation therapy had been cancelled because there weren’t enough participants.

There were 86 planned participants from Saskatchewan -- a province home to one of the highest rates of M.S. sufferers compared to the rest of Canada. The province had committed up to $2.2 million to have its patients participate in the Albany study.

“Our position is still the same as it was when we announced that the Albany trial was ending,” Duncan said.

“We are going to be looking for the next avenue for research that Saskatchewan can be involved in…It may be CCSVI and the Liberation Therapy; it may not be.”

Four years ago, Italian doctor Paolo Zamboni proposed that MS was linked to constricted veins in the head and neck. He provided research that showed that opening the veins with tiny balloons – a procedure he dubbed the liberation treatment -- could improve symptoms in patients and reduce the number of attacks. Since then, hundreds of patients have sought the procedure and dozens of studies have been presented -- all with conflicting results.

With files from CTVNews.ca Staff