All of the new cases are in the La Loche area, according to a press release.

There are a total of 568 cases in Saskatchewan. Of those, 199 are considered active.

The province now sits at 363 total recoveries after 14 more announced on Monday. This is the first time in 13 days the province has announced more recoveries than new cases. 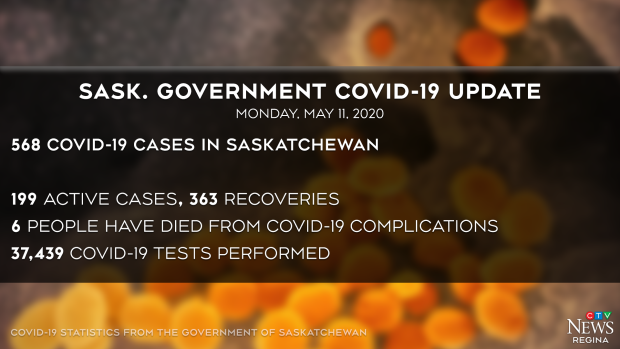 There are 11 people in hospital, including three in the ICU in Saskatoon. The remaining eight patients are receiving inpatient care — five in the north and three in Saskatoon. 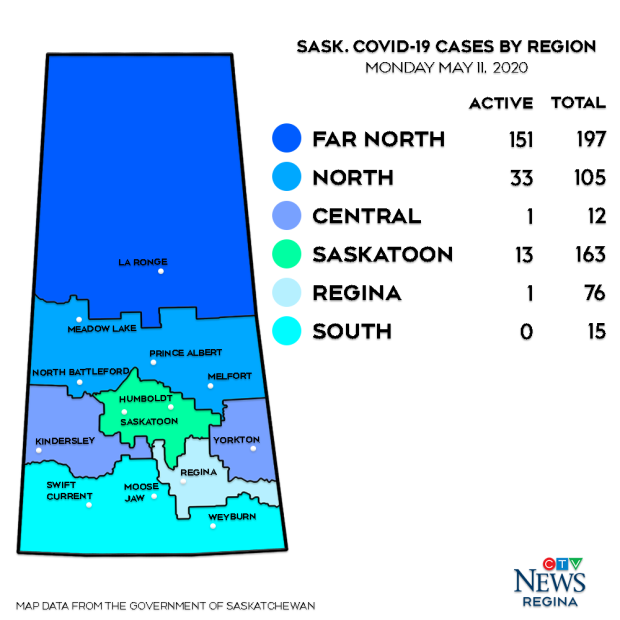 Dr. Saqib Shahab said on Monday that the effective reproductive number reported by the SHA last week was higher than what was previously seen, due to the outbreak in the far north. Shahab said he believes the effective reproductive number in the far north to be around 2.0. The rest of the province remains around 0.74, meaning the average infected person in Saskatchewan will infect fewer than one person.

As for active cases, Saskatoon has 13, Regina and the central region each have one and the south has no active cases.

The province says Lloydminster will join the rest of the province for phase two of the Re-Open Saskatchewan Plan on May 19.

Phase one was delayed by a week due to an outbreak at the hospital.

“All workplaces must be prepared to operate safely for customers and their employees, and take the proper preventative measures,” the province said in a news release.

The province says 138 cases are linked to travel, 288 are from community contacts, 66 have no known exposure and 76 are currently under investigation.

There have been 48 cases in health-care workers, but not all of those infections were related to working in the health care field.

The cases are split evenly between men and women.

Saskatchewan officials will provide a live update on COVID-19 cases at 2:30 p.m., which will be streamed live on CTVNewsRegina.ca and CTVNewsSaskatoon.ca.