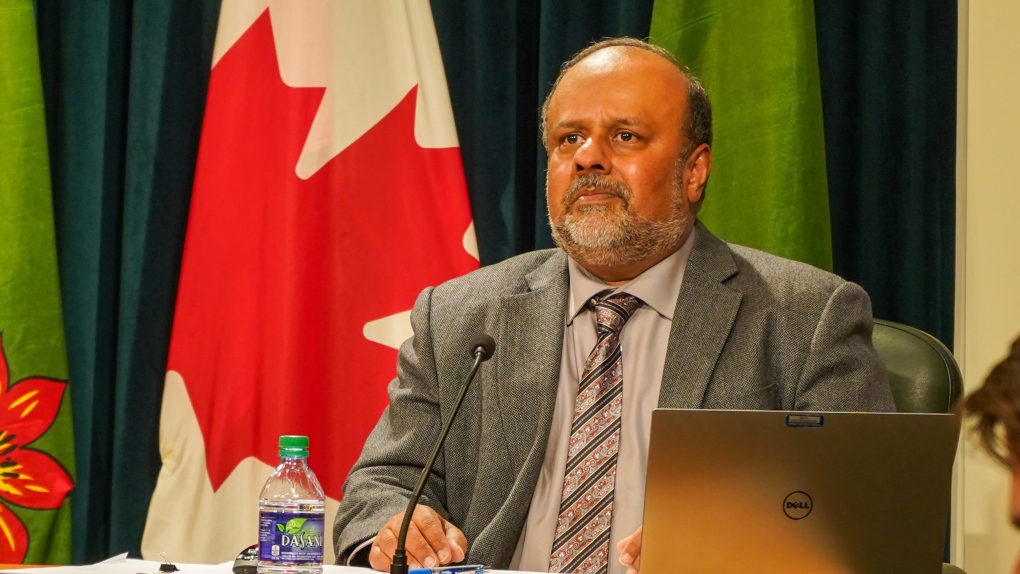 Dr. Saqib Shahab speaks Nov. 19 about new modelling that shows cases of COVID-19 could at least double in the province over the next six months. (Marc Smith/CTV News)
REGINA -

The Saskatchewan government has confirmed Dr. Saqib Shahab, the province’s chief medical health officer, was the target of a threatening email sent earlier this month.

The Regina Police Service said it was contacted on Oct. 4 about a threatening email received by several people with no clear connection to each other.

The email allegedly threatened the lives of government officials and law enforcement, but also mentioned two people by name – one of whom was Dr. Shahab, the other was an elected official whose identity has not been confirmed.

The investigation lead police to a search of a south Regina home in on Oct. 15 where a suspect was arrested.

The 38-year-old man is facing two charges of uttering threats and will appear in court on Dec. 1.

In an emailed statement, Premier Scott Moe thanked police for their response to the threat and Dr. Shahab for his work throughout the pandemic.

“No one in our province should be subjected to threats, but particularly not Dr. Shahab who has worked tirelessly to serve the people of our province,” said Premier Scott Moe in an emailed statement.