The province now sits at 512 cases. Of those cases, 194 are considered active.

Two more people have recovered  from the virus, for a provincial total of 312.

According to the province, 22 of the new cases are in La Loche. There are two other new cases in the far north and one in Saskatoon.

“The outbreak in the far north continues to be very serious for this province,” Moe said in his daily update on the COVID-19 pandemic. 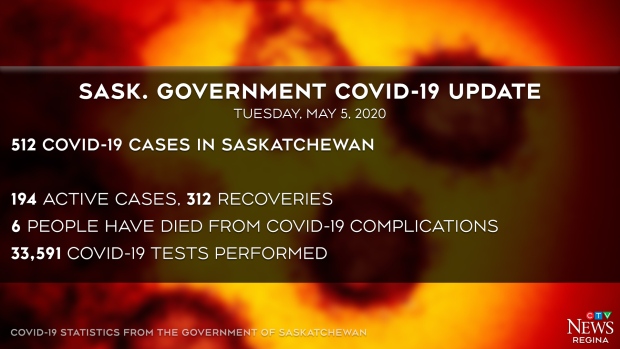 Moe said the government is monitoring the situation in the far north closely and making sure there are supports in place.

Dr. Saqib Shahab agreed the cases in the far north are “concerning.”

“Apart from the far north and the north, things are pretty quiet in the rest of Saskatchewan,” he said.

Shahab said the province will continue with its plan to reopen the economy outside of La Loche and Lloydminster.

The effective reproductive number, which looks at how many people are infected from one person who has tested positive for the virus, is currently sitting around 1. However, Shahab says that number is rising because of the localized outbreaks.

“Whenever we get a localized outbreak in a community or hospital or long-term care facility, we have to understand that’s a local outbreak, we have to look at the reproductive rate with that in mind,” he said.

Shahab also said the numbers in La Loche will likely to continue to increase as cases are identified from aggressive testing and contact tracing in the area.

“While the case numbers are alarming, they are being generated through very active findings,” he said.

Cases are also increasing in people in the 20 to 49 age range due to transmission in younger age groups in La Loche.

Most cases have been relatively mild and people have been able to self-isolate at home, Shahab said.

There are currently 13 people in hospital — three receiving inpatient care and four in the ICU.

There are 17 active cases in Saskatoon and three in Regina. Both the south and central regions have no active cases. 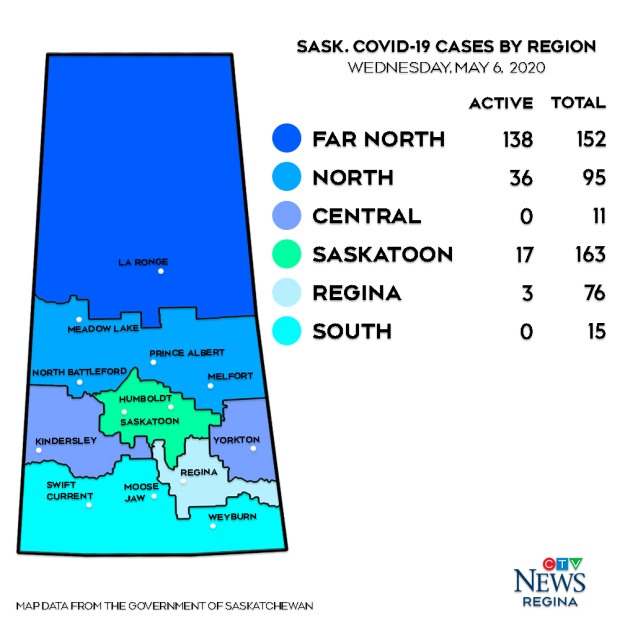 The Saskatchewan Health Authority declared an outbreak at the Meadow Lake Hospital due to a confirmed case in a staff member. The case is linked to community transmission.

No patients have shown any COVID-19 symptoms.

The province says the order is in place to ensure only essential travellers are in the north to try and prevent the spread of COVID-19.

Premier Scott Moe says the province should still be prepared to head to the polls in the fall.

“We are preparing for an election on Oct. 26 in Saskatchewan,” he said.

The premier said the chief electoral officer will be workmen to make sure the election can run safely amid the pandemic.

“We are entering a time of a new normal,” he said.

He highlighted physical distancing guidelines for residents and businesses and said those same principles will be used for the upcoming provincial election.

Moe also said he has no current plans to bring back the legislative assembly at this time.

There are 139 cases from travelling, 204 from community contacts, 45 with no known exposure and 124 currently under investigation.

The cases are half men and half women.

Six people have died so far in Saskatchewan from COVID-19.

The Government of Saskatchewan will be updating the province on the latest COVID-19 information at 2:30 p.m. The press conference will be streamed live on ctvnewsregina.ca and ctvnewssaskatoon.ca.