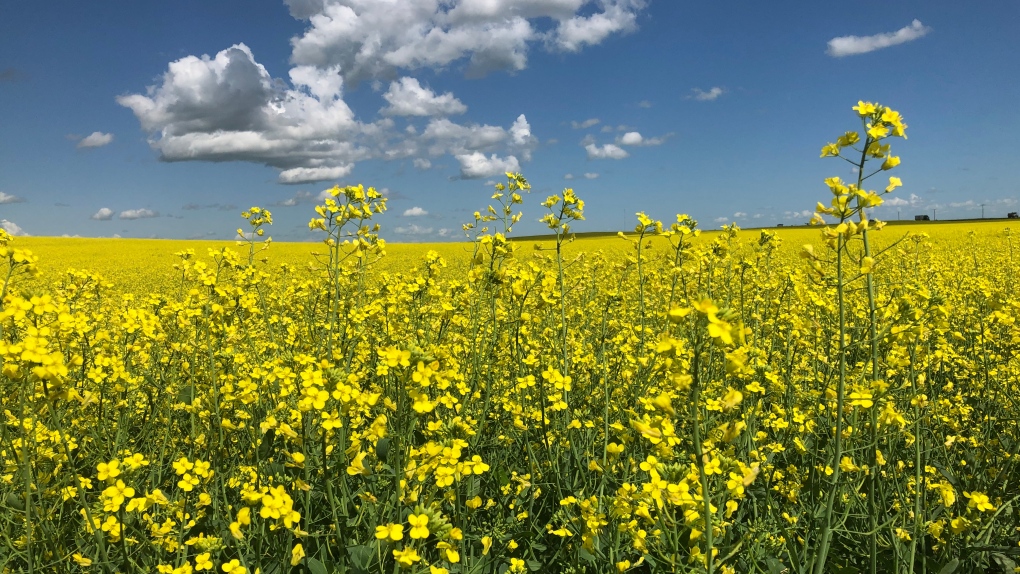 Canola is pictured in this file photo

REGINA -- Warm temperatures over the past week have caused crops to rapidly develop, with some reports of premature ripening, according to the crop report.

It said on Thursday that farmers have combined four per cent of the crop. Last week, farmers had combined one per cent. This is slightly behind the five-year average of five per cent for this time of year.

Six per cent of the crop has been swathed or is ready for straight cut, which is behind the five-year average of eight per cent.

There were trace amounts of rain for most of the province this past week.

The report said areas near Glenavon received the highest amount with 77 mm, and there was some rain reported in the east and east-central areas.

Everywhere else received anywhere from zero to 13 mm of rain.

The report said rain is not needed in near-mature or ready-to-harvest crops, but some later-seeded crops and pastures would benefit from more moisture.

Most of the crop damage this past week was caused by wind, heat, lack of moisture, wildlife and insects.  There have been some reports of flea beetle damage in canola, as well as localized hail damage.