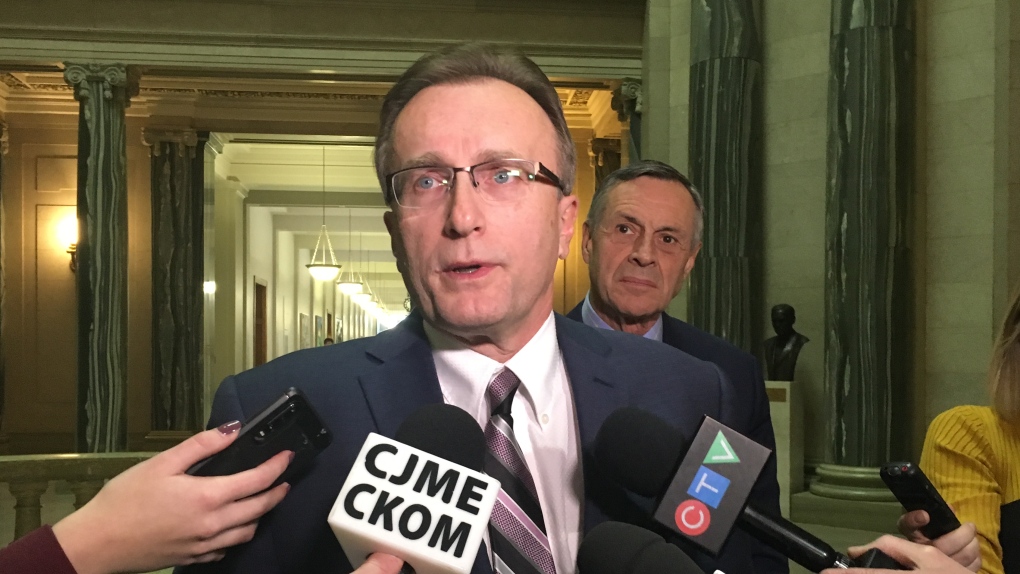 REGINA -- The Saskatchewan government has joined other provinces that are supporting a class-action lawsuit against the opioid industry.

Health Minister Jim Reiter says doing so is appropriate given the cost of opioid addiction to his province's health-care system.

He tabled proposed legislation on Tuesday.

Similar legislation was recently introduced in the Alberta's legislature to allow the province to recoup health costs on an aggregate basis and regardless of when damages occurred.

It alleges drug manufacturers falsely marketed opioids as less addictive than other pain drugs, which helped to trigger a crisis that has killed thousands.

"Everybody that's read the news in the last months or years anywhere in the country has seen the toll that opioids have taken," Reiter said Monday.

"When, as health minister, I look at the cost to the health system that we all pay for that opioids have caused ... it's only appropriate that we're part of that."

The lawsuit seeks costs from the manufacturers and distributors dating back to 1996, when the pain drug OxyContin was introduced in the Canadian market.

New Brunswick, Ontario and Alberta have already announced their support for the lawsuit.

This report by The Canadian Press was first published Nov. 25, 2019.