'Slap in the face from the justice system': Regina woman angry after man convicted of her sexual assault released on bail 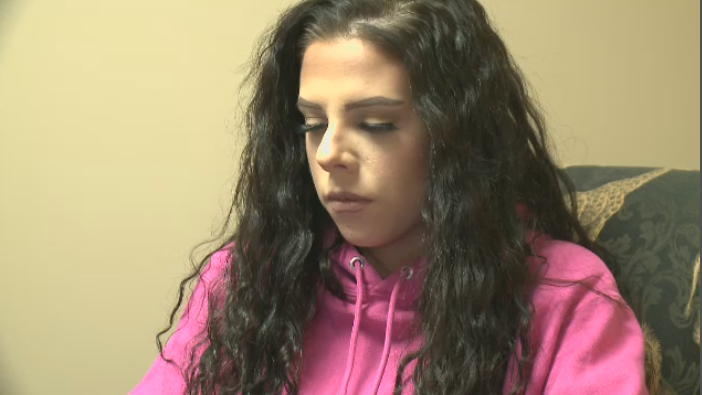 Alexis Kolody is speaking out after the man convicted of her sexual assault was released on bail.

A Regina woman feels the justice system is failing her after the man convicted of her sexual assault has been released on bail.

In September of 2017, Alexis Kolody who was 19 at the time, was at a house party with a friend. She went to a bedroom to get some space from the crowd, and that’s the last thing she remembers before waking up to a man sexually assaulting her.

“I woke up flat on my stomach, with my pants just around my thighs, and I woke up to Awet Mehari raping me,” Kolody said.

She said her memories before that moment have been erased.

“I can’t explain it. I truly think it’s because of the trauma, and my brain or my body has blocked it out to protect me,” she said.

Kolody said she was frozen in that moment, and didn’t know what to do or say. She and her friend left the party shortly after.

In the days following, she went to the hospital and completed a rape kit examination. She says she spoke with police, and gave them a video statement.

On Jan. 30, 2019, Mehari was convicted of sexual assault, and violating the conditions pursuant to which he was at large at the time of this crime. He was then remanded into custody, and was sentenced on May 13 for three years’ incarceration, minus the 162 days already served. On the second count, he was sentenced to three months, to be served concurrently.

Mehari appealed his conviction, which Kolody said she expected.

“That’s his right, and I can’t be mad at that,” Kolody said.

But she says what did surprise her was that he was released on bail on July 26 until the date of his appeal.

“On the Monday, July 29, I got a phone call that he was being released,” she said. “It just completely set me back with all my emotions.”

His release comes with several conditions, including living at his parents’ home and being confined to the home from 9 p.m. and 6 a.m., having no contact of any kind with Kolody, not possessing or consuming alcohol or drugs and not possessing firearms, ammunition or other weapons.

In a statement to CTV News, Aaron Fox, Mehari’s lawyer, said “Mehari denies the allegations against him, and will continue to defend the charge against him.” He added that the court of appeal looks at three factors when considering bail, pending the hearing of an appeal: the apparent strength of the appeal arguments, will the appellant surrender himself into custody if he is released, and is his detention necessary in the public interest.

Justice Robert Leurer said in his decision, “there is nothing I have seen in the record that the Crown has presented that suggests that Mr. Mehari’s conduct in this regard was repetitive or wide ranging.”

“We argued that because he was already charged with serious crimes when he committed the sexual assault, and because there were numerous bail violation charges in relation to the first set of charges he was on, there was public safety concerns and it would not be in the public interest to release him,” Sinclair said.

Unable to move on

Kolody said she feels a wave of emotion about Mehari’s release.

“I feel angry, that’s my biggest emotion right now,” she said. “I’m feeling frustrated and hurt. I feel it’s a big slap in the face from the justice system.”

She added that this sends the wrong message to victims who want to come forward with their stories.

“It’s a perfect example of why victims and survivors don’t come forward. How does this encourage anyone to speak up or speak out about what they go through?” she said.

There was originally a publication ban in place to protect Kolody’s identity from being released, but she said she chose to have it lifted because she wanted to share her story.

“I didn’t feel there was any shame on my part sharing this at all,” Kolody said. “I just didn’t feel like I did anything wrong in this situation.”

Once the court transcriptions are complete, which Sinclair said should be very soon, the defense has 60 days to file its argument. Then, the prosecution has 30 days to respond.

The decision of the appeal will be made by a panel of judges.

Kolody initially thought she’d be able to begin moving forward after his conviction in May. But says she plans to be in court for the appeal, which could be as far away as early winter.