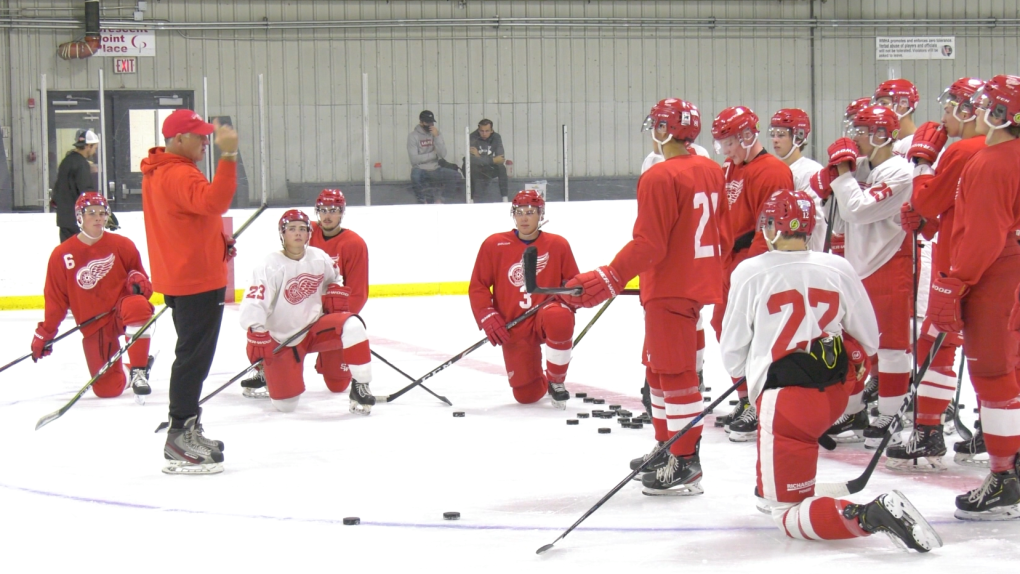 The Weyburn Redwings began their 2020 training camp on September 7, after a lengthy offseason due to COVID-19.

WEYBURN -- The Saskatchewan Junior Hockey League (SJHL) is still waiting for a response from the Saskatchewan Health Authority and Provincial Government on whether or not it will be able to begin its season on Oct. 9.

Bill Chow, the president of the SJHL, said in July that the league had proposed a start date of Sep. 25, but was forced to push it back two weeks when the provincial bodies didn’t respond with approval.

“As much as myself and our teams and our communities want to be on top of the totem pole to get decisions made, we may not be at this point,” said Chow.

In a normal year, the regular season would have started Sept. 11.

Meanwhile, the BC Junior Hockey League (BCHL) made alternative plans if the BC Provincial Health Office doesn’t approve their return to play plan. The BCHL asked for an arena capacity of 25 per cent. The SJHL’s return to play plan includes a request for a 50 per cent capacity in its venues.

“Just waiting to get some feedback from the Sask. Government and Sask. Health, as to whether that’s reasonable or not,” Chow said.

In the meantime, three of Saskatchewan’s junior hockey teams have returned to the ice for training.

The Weyburn Red Wings were back on the ice on Monday. However the return is challenging for the players, given they don’t know when their first game will take place.

“How do you stay motivated for that long knowing you might not even play a game this season?” Sebasian Eger, a Red Wing defenseman, said.

While the SJHL is in a holding pattern, the Red Wings are doing their best to train with new COVID-19 protocols.

“We’ve got 31 guys in camp, so we’ve got two groups, group A and B, so that’s been different,” Rich Pilon, the Head Coach and General Manager, said.

The out of province players were tested before coming to camp and Pilon says they’re trying to operate like a bubble within Weyburn.

“We’re treating this like a hockey academy, so we’re trying to keep them as busy as we can and off the ice,” said Pilon. “They’re training hard so they don’t have the energy to do anything else right now.”

Chow said he’s optimistic the puck will drop before Christmas. The SJHL will continue to postpone the season by two week intervals until they receive approval from the government.