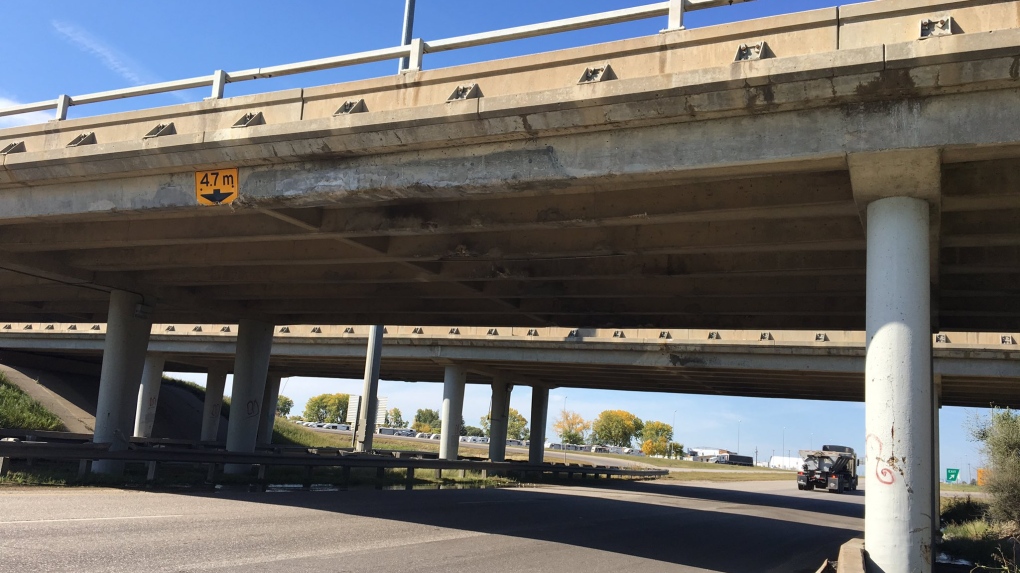 The South Albert St. Bridge over the Trans-Canada Highway has been struck by over height vehicles twice this month, causing some damage.

Neither driver stopped to report the collisions.

The Department of Highways inspected the bridges within hours of each collision.

Albert South bridge over Trans Canada Hwy has been hit by overheight vehicles twice this month. Neither driver stopped or reported collision. Northbound traffic on Hwy 6 down to 1 lane. Damage $150,000, repairs the week of Sept 30. @yqrtraffic @ctvregina @SKGovHwyHotline #yqr pic.twitter.com/A1jOiJjWFi

RCMP are investigating and looking for the drivers involved.