SWIFT CURRENT -- More than 30 wooden grave markers have been replaced with permanent headstones at the Mount Pleasant Cemetery in Swift Current.

The wooden crosses were put up the by the local branch of the Royal Canadian Legion over the years in a section of the cemetery known as the “Field of Honour” for soldiers without an official military marker, many of them from veterans of WWI and WWII.

“The wooden crosses were put in place where there was no marker for a deceased veteran,” said Jim Pratt, a past president of Royal Canadian Legion Branch 56. 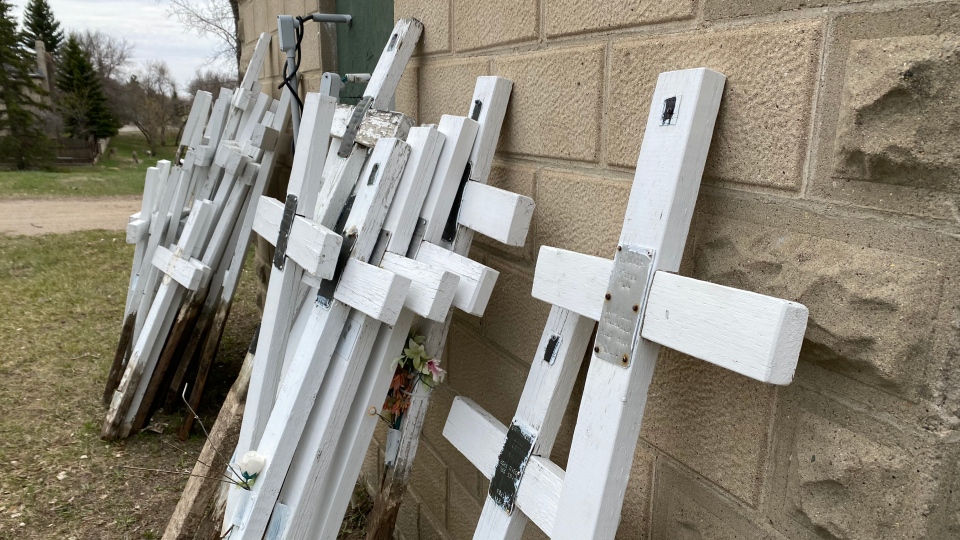 The crosses are prone to weathering and eventually need to be restored or replaced. But now the legion has partnered with the Last Post Fund to give the soldiers permanent headstones through its Unmarked Grave Program.

“Any veteran who lies in an unmarked grave or temporary marker type grave for more than five years the Last Post Fund in partnership with Veterans Affairs Canada will install a permanent marker for the cemetery,” said Glenn Miller, a volunteer with the Last Post Fund.

The Last Post Fund is funded by Veterans Affairs Canada and private donations. It’s helped replace more than 30 of the wooden crosses in Swift Current in 2021, with another 30 to 40 still in use at the cemetery.

Until the remaining crosses can also be replaced, the legion says it will continue maintaining them out of respect for the soldiers and stories they represent.

“We as younger Canadians owe a tremendous amount to the veterans who are buried here and in Fields of Honour all over the country,” Pratt said.

The legion plans to hold a larger ceremony to mark the installation of the new headstones in 2022 once COVID-19 gathering restrictions have lifted. In the meantime, the legion is trying to reach out to descendants of the soldiers buried in the Field of Honour who now have a permanent marker of their service to Canada’s military.