'They didn’t have to do that': "Yellowstone" actors make fan's day with video to sick father

'They didn’t have to do that': "Yellowstone" actors make fan's day with video to sick father 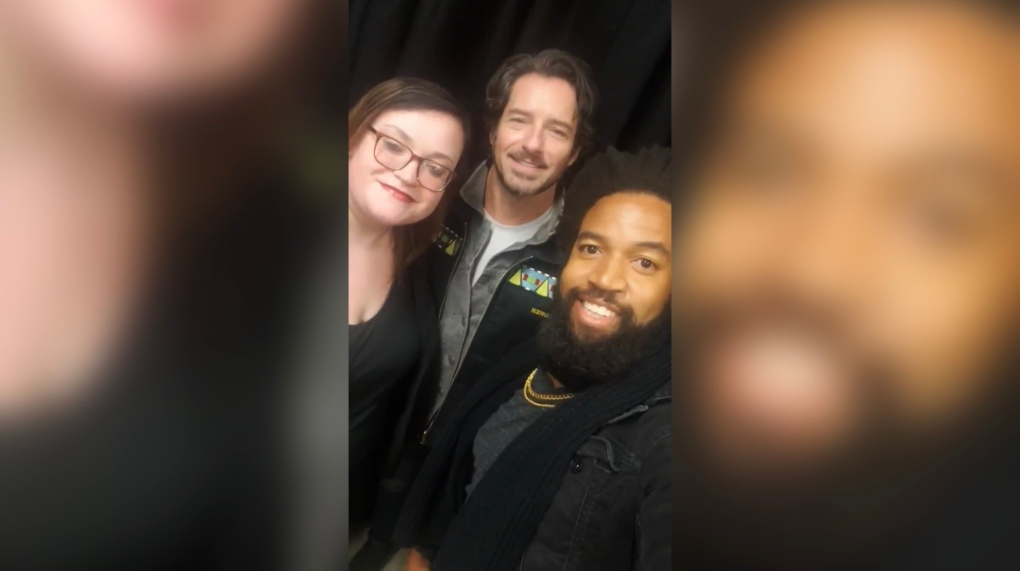 “Yellowstone” actors Ian Bohen ad Denim Richards are being thanked for their actions after making a video for a fan at a meet and greet at Agribition on Thursday.

Paige Devernishuk became interested in the hit show because of her father, Doug.

“The first time I saw it was with [him],” she said. “I didn’t think I would like it much, but after one episode, I wanted to watch more.”

Doug has not missed an Agribition for nearly 25 years and planned to join his daughter for the meet and greet.

However, while Paige waited in line to meet the stars of their favourite show, Doug was in hospital, where he’s been for a couple weeks including a stint in the ICU.

“Eventually he was the one who told me to go,” she said.

Paige waited in line for a few minutes. When it was her turn to meet Bohen and Richards, she was shy, only getting them to sign a photo for her father.

When she left the room to let the next person have their turn, she felt like she missed an opportunity. In tears, she told one of the photographers at the event her father’s story.

“Next thing I know, he was making way so I could get a video for dad,” she said.

Bohen and Richards recorded a 17-second-long video to Doug.

“Stay in high spirits,” said Richards. “Thank you for all your support.”

“They didn’t have to do that,” said Paige. “But they insisted they were going to.”

Paige couldn’t wait to give her father the message.

“I know he’ll probably cry. He is a cowboy and cowboys don’t really cry, but he gets a pass for everything he’s been through,” she said.

“To give him something good, even when his spirits have been down recently is amazing.”

Because of one simple act, a short video, two fans will be brought closer to a show and each other.

China may respond to the U.S. shooting down its suspected spy balloon after warning of 'serious repercussions,' but analysts say any move will likely be finely calibrated to keep from worsening ties that both sides have been seeking to repair.

A former Israeli prime minister who served briefly as a mediator at the start of Russia's war with Ukraine says he drew a promise from the Russian president not to kill his Ukrainian counterpart.

Justice Minister and Attorney General David Lametti says he is open to amending bail laws, which have come under increased scrutiny following the shooting death of an Ontario Provincial Police officer.

Republicans in some heavily conservative states won their campaigns for secretary of state last year after claiming they would make sweeping changes aimed at keeping fraud out of elections.