'This will always be a fight': Women push for changes to Saskatchewan labour law 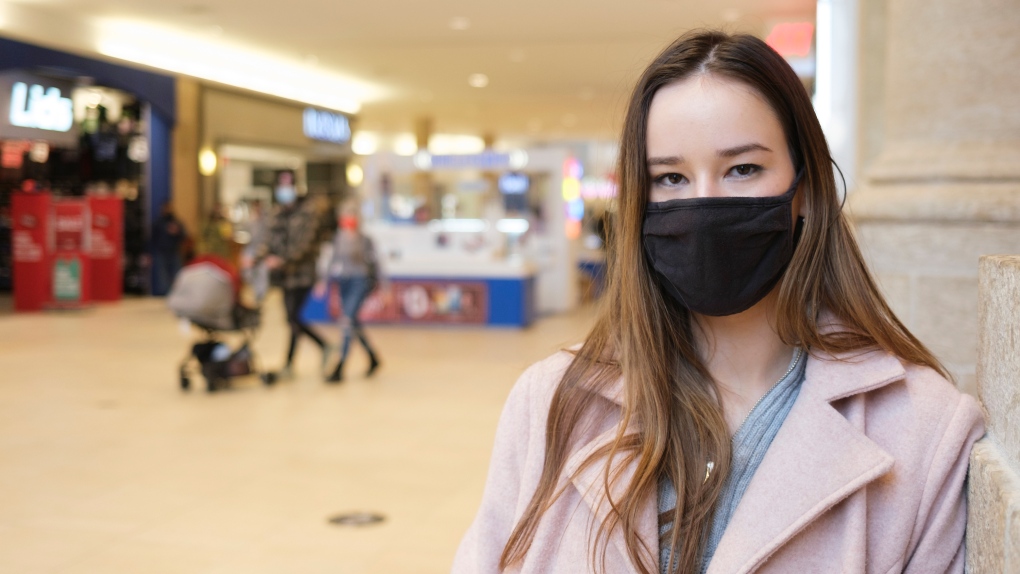 Ariana Donovan poses for a photo at the Cornwall Centre, in Regina, Thursday, Nov. 25, 2021. Donovan, who works as a model, says contract workers should be better protected under provincial Occupational Health and Safety rules. THE CANADIAN PRESS/Michael Bell
REGINA -

After years of dealing with sexual harassment at work, Ariana Donovan created an online whisper network for others with similar experiences.

Donovan, a model based in Regina, says she wanted to help others know who they should avoid in the industry.

"Over the years, there's been times I've been underaged, and there's 50-year-old men telling me how sexy I am. It's disgusting," Donovan says.

As stories of sexual harassment and violence mounted with the private Facebook group she created, Donovan says she realized more needed to be done.

"It made me really upset that, despite this being a prominent issue, no one was really doing anything."

Donovan is one of several women who have lobbied the Saskatchewan Party government to include sexual harassment in the province's employment act.

Last week, the government proposed to do just that by introducing legislation to make it clear that any unwelcome action of a sexual nature constitutes harassment.

The amendment also covers independent contractors, students and volunteers as well as Uber drivers, musicians, models and those in performing arts.

If passed, Saskatchewan would become one of five provinces to specifically reference sexual harassment in legislation. The others are Alberta, Ontario, New Brunswick and Prince Edward Island.

"If they have a complaint, they will be able to go to labour relations and workplace safety, who will assign it to somebody and go in and can make a binding order on the employer, can lay a charge on the employer, and have them ultimately fined," says Labour Minister Don Morgan.

"They will be able to have the full scope of remedies that are available under our legislation."

Theresa Sokyrka, a singer-songwriter based in Saskatoon who rose to fame after being a runner-up on the "Canadian Idol" reality TV show, started a petition to advocate for the labour law changes.

She says the new legislation will empower more women to come forward.

"We don't have to be fearful of the gigs we take anymore," Sokyrka says.

She says she first experienced sexual violence at work when she was underage and clearing tables at a restaurant. She was grabbed.

"Every situation in every restaurant I've worked at there's been some sort of situation ... I could write an entire book on it," Sokyrka says.

"If you go to management ... then they might as well get rid of you now, because you're not cool with how the whole industry functions. So you get used to being silenced everyday."

A recent survey by the Woman Abuse Council of Toronto suggests women and girls are fearful to report sexual harassment or violence at work for reasons that include stigma, getting fired, it affecting their career or backlash from the perpetrator.

While Donovan and Sokyrka say they are happy changes are coming in Saskatchewan, they want the legislation to do more. They want "sexual violence" included in its language and a promise of mental health supports for victims.

"In the modelling industry ... minors get manipulated a lot. Having that support and resources available to them is very important," Donovan says. "It shouldn't just be, 'This happened, I'm sorry. This is what you can do moving on.' It has to be an actual healing process."

Although both women continue to advocate for safe workplaces, they are hopeful that if more people come forward with stories, it will lead to further changes.

"It's like when banana clips came out in the '80s. Saskatchewan got them in the '90s. We're a little bit behind here," Sokyrka says, adding she's less afraid to speak up now that she's in her 40s.

"We just have to look at our women ancestors, and all the women who have been fighting the patriarchy, and find solace that this will always be a fight we have to lend our voices to."

This report by The Canadian Press was first published Nov. 27, 2021.