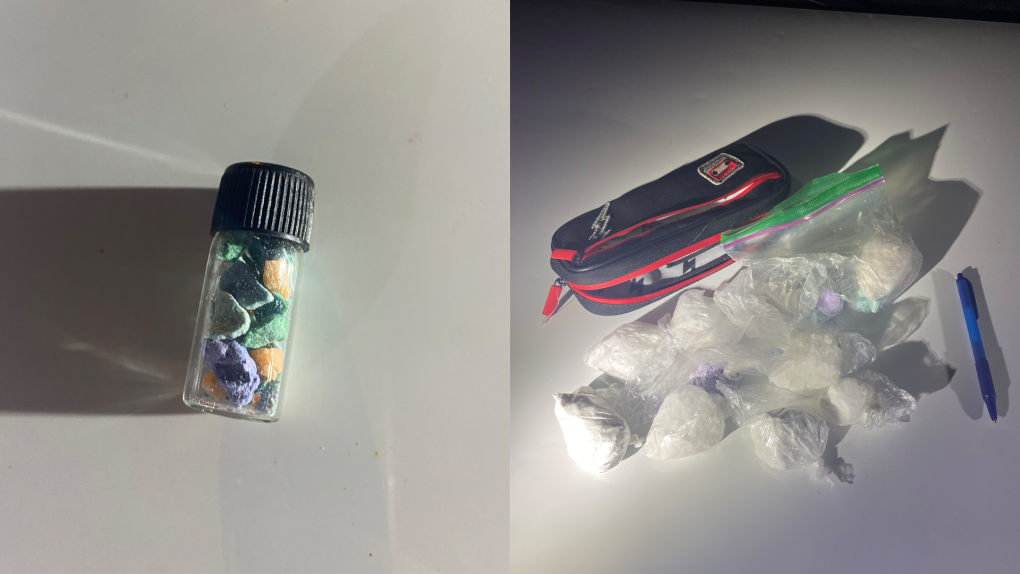 This supplied photo shows a small portion of the illicit drugs seized from a Southey, Sask. residence. (Source: Saskatchewan RCMP)

RCMP seized quantities of several drugs, including fentanyl, as part of a trafficking investigation in Southey, Sask. last week.

Police launched an investigation after a number of packages of suspected illicit drugs, including fentanyl, methamphetamine, cocaine and MDMA, were seized from a vehicle in Southey in April. The driver of the vehicle, a woman, was wanted on warrants from the Regina Police Service and subsequently arrested.

RCMP then executed a search warrant at a residence on Coleridge Street on June 10. Police said a number of packages and syringes of suspected illicit drugs, including methamphetamine, cocaine, MDMA and fentanyl, were seized.

Officers also discovered drug trafficking paraphernalia, a sum of cash, a crossbow, three guns and identification cards during the search.

“We continue to investigate and analyze all of the drugs seized, but I can tell you that this is a very significant seizure,” Southey RCMP Sgt. Kim Stewart said. “One of the things we seized is a jar full of fentanyl rocks. This is an extremely dangerous drug – just a small amount can cause a fatal overdose.”

Following investigation, two individuals, a 29-year-old from Regina and a 44-year-old from Southey, are facing numerous charges, including four counts of possession for the purpose of trafficking each.