REGINA -- Saskatchewan is reporting two new cases of COVID-19 on Friday, bringing the province’s total number of cases to 307.

One of the new cases is confirmed and the other is presumptive positive.

Nine more people have recovered, for a total of 228 recoveries.

There are currently six people in hospital. One is in the ICU, the province says, and the rest are receiving acute care. 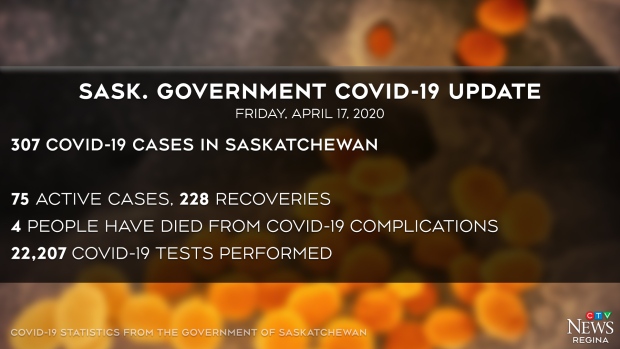 The province says 133 COVID-19 cases are related to travel, 129 are due to close contacts or mass gatherings, 29 have no known exposure and 16 cases are still being investigated.

There are 35 reported cases in health-care workers, but the province says the infections aren’t necessarily related to working in the healthcare field. 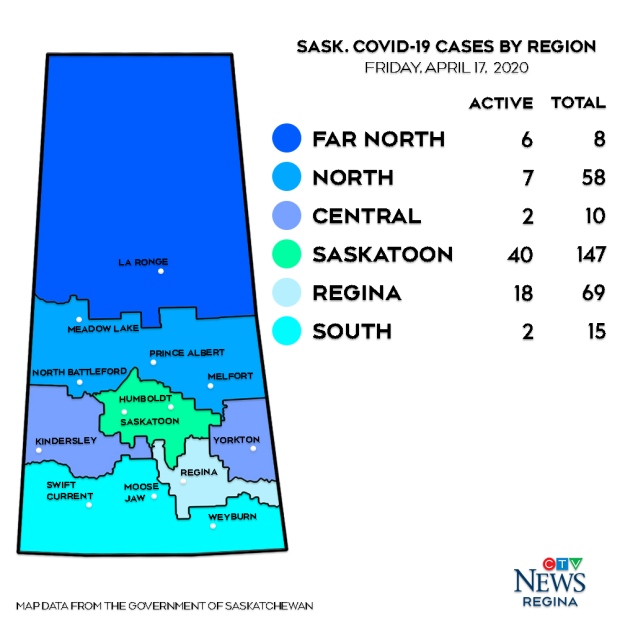 To date, Saskatchewan has performed 22,207 tests performed in the province.

There have been four deaths related to COVID-19 in Saskatchewan.

Health officials are expected to speak in Regina at 2:30 p.m. Friday. That press conference will be streamed live on CTVNewsRegina.ca and CTVNewsSaskatoon.ca.

This is a breaking news update. More details will be added as they become available.