REGINA -- The province of Saskatchewan is reporting two new COVID-19 cases on Friday, along with two new recoveries.

One case is from the south and the other is in the Saskatoon area.

Saskatchewan now has a total of 641 cases of COVID-19. Sixty-one cases are considered active.

A total of 570 people have recovered from the virus so far in Saskatchewan. 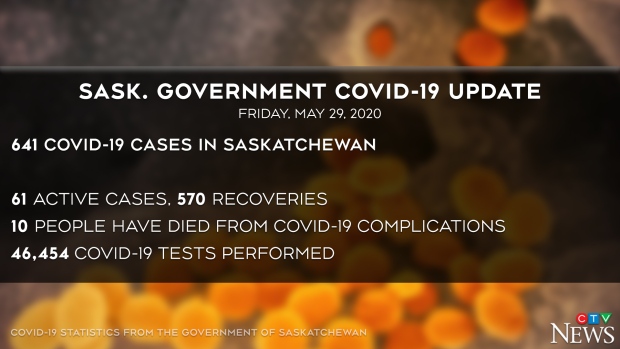 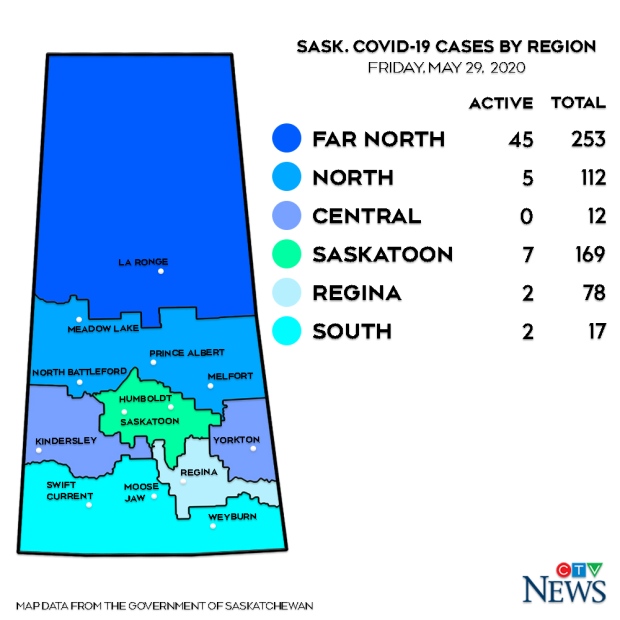 UPDATES TO THE RE-OPEN SASKATCHEWAN PLAN

The provincial government released its latest update to the Re-Open Saskatchewan plan.

Nightclubs aren’t allowed to open dance floors or any “spaces that promote congregation.” They can only operate at 50 per cent of seating capacity of the nightclub,

Daycares will be allowed to care for up to 15 children per building or space.

Places of worship can operate in-person starting June 8 at one-third capacity, up to 30 people.

The province says playgrounds, swimming pools and splash pads will remain closed for now. However, green space in most cities is still open, as long as physical distancing is maintained.

Of the 641 cases, 142 are from travelling, 374 from community contacts, 77 have no known exposure and 48 are under investigation.

Ten people have died from COVID-19 complications in Saskatchewan.