REGINA -- COVID-19 numbers have been on the decline over the last two weeks in Saskatchewan, however, that hasn’t been the case in Regina.

Kyle Anderson, a microbiology professor at the University of Saskatchewan, has been tracking COVID-19 data in the province throughout the pandemic.

He said Regina’s incidents, or seven-day average of new cases per capita, are raising red flags.

"The incidents are 65 per cent higher in Regina compared to Saskatoon," Anderson said.

According to Anderson, Saskatoon’s incidents have been on a downward trend for the past five weeks, while Regina has seen more fluctuation in its numbers, including a spike over the past week. 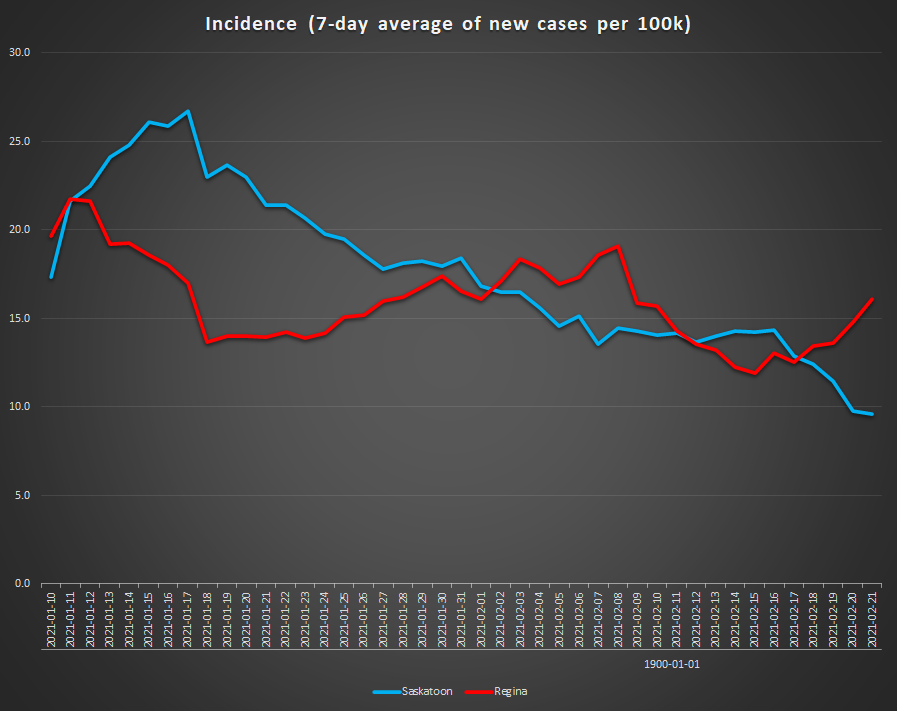 While Regina and Saskatoon have seen a similar rate of tests performed, test positivity in Regina has also consistently been higher since the start of February.

"In the last seven days, Saskatoon has only done five per cent more tests per capita than Regina," Anderson said. "Our positivity level for Regina right now is actually 80 per cent higher than it is for Saskatoon, which tells us that we’re missing more cases in Regina because a higher positivity means we’re not catching all of them."

Regina’s test positivity in the past seven days has been 9.33 per cent compared to 5.25 per cent in Saskatoon. 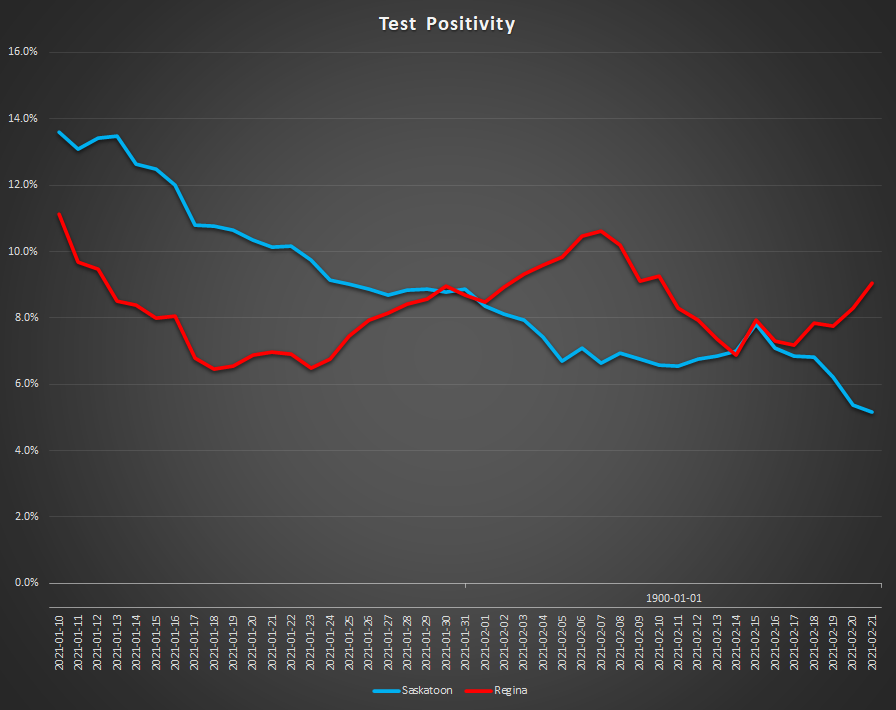 With similar weather recently and province-wide public health restrictions in place, Anderson said another factor could be leading to the higher numbers in the Queen City.

"There aren’t a lot of things that you can say that’s definitely the factor that’s causing that difference, but variants would be one of those factors that we could look for the would expectedly peak in one city before it peaks in the other," he said.

Earlier this month, three people in Saskatchewan tested positive for the B117 variant, which was first discovered in the United Kingdom. The province said the cases were all linked to travel and community spread wasn’t suspected.

Currently, Saskatchewan isn’t doing the genome sequencing for variants of concern at the Roy Romanow Provincial Laboratory, instead sending samples to the national lab in Winnipeg, which can take up to two weeks.

The variants of concern can be up to 70 per cent more transmissible.

"It’s pretty concerning to think the amount of case increase you can get in two weeks is really substantial," Anderson said. "If we didn’t know a variant was spreading and it takes two weeks to get those results, it could produce several hundred cases in that amount of time."