View from the crowd: Here’s what Darke Hall will look like post-restoration 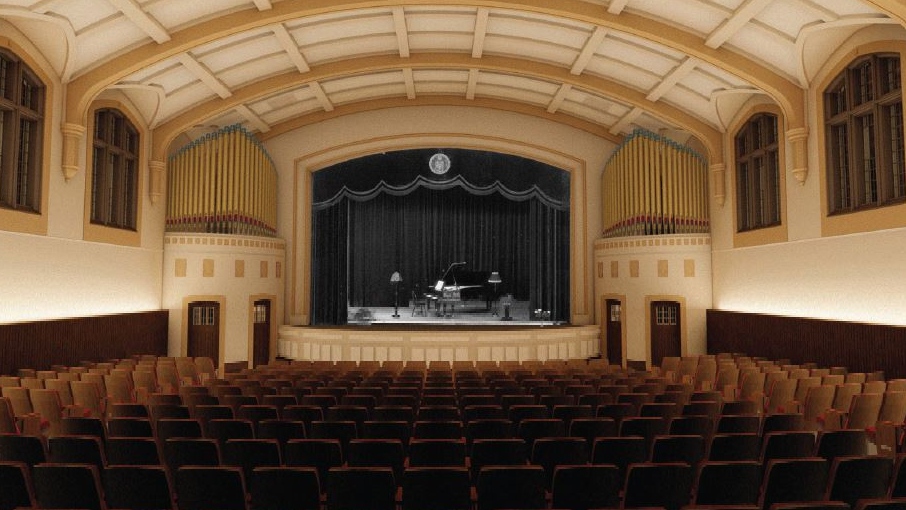 A render shows the plans for what the finished interior of Darke Hall is expected to look like. (University of Regina/P3A)

REGINA -- The University of Regina has revealed design plans that paint a better picture of what the finished Darke Hall will look like.

The newly revealed designs showcase both the interior and exterior plans for the building.

Darke Hall was built in 1929, and the designs are described as a reinterpretation of the theatre’s historical elements.

"Our priority was always to ensure that the history and heritage of this building was preserved as we tried to create a warm and welcoming space for the entire community to experience performance art in all its forms," said James Youck, the architect and principal at P3A (P3Architecture Partnership), in a release.

Once finished, it will house 500 seats for audiences to see performances of theatre, dance and music.

"It’s going to be fabulous," said Vianne Timmons, the president and vice-chancellor of the U of R.

"This will be the kind of concert hall, performance hall that will draw amazing performers from around the world and I think it will just enhance the culture of the city tremendously."

Part of the College Avenue Campus Renewal Project, Darke Hall is expected to re-open in early 2021 once the renovations are complete.

The university says the restoration would not have been possible without the help of many donations.

Other design renders can be seen here.